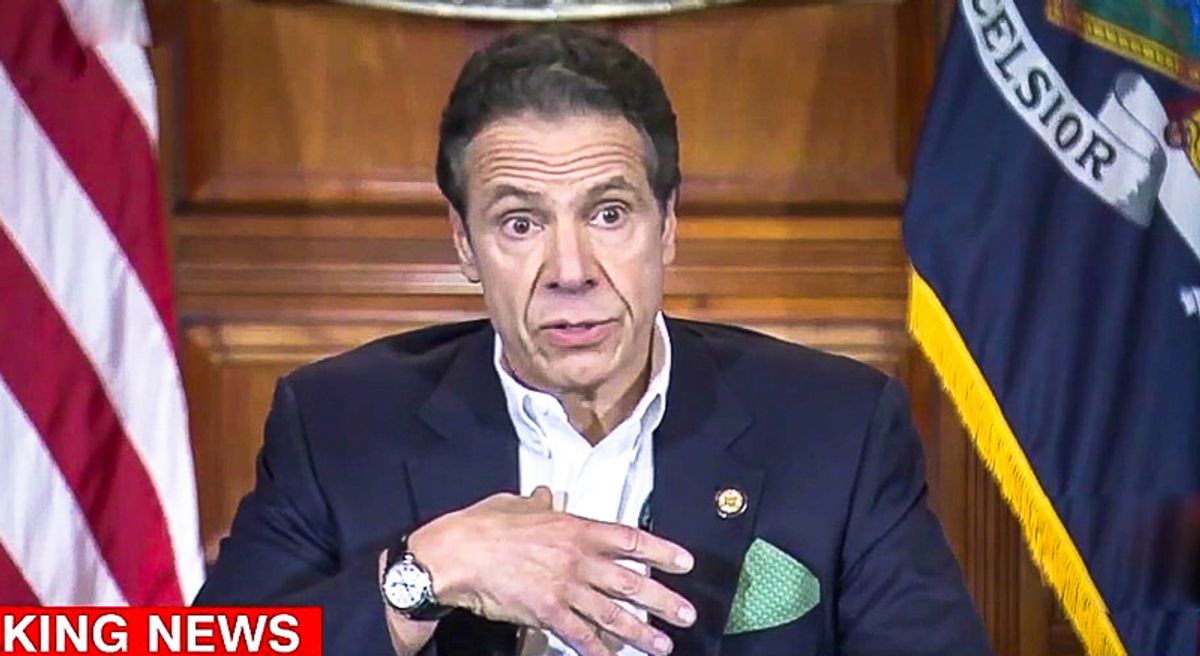 "The number — more than 9,000 by that point in June — was not public, and the governor's most senior aides wanted to keep it that way. They rewrote the report to take it out, according to interviews and documents reviewed by The New York Times. The extraordinary intervention, which came just as Mr. Cuomo was starting to write a book on his pandemic achievements, was the earliest act yet known in what critics have called a monthslong effort by the governor and his aides to obscure the full scope of nursing home deaths," The Times reported.

"After the state attorney general revealed earlier this year that thousands of deaths of nursing home residents had been undercounted, Mr. Cuomo finally released the complete data, saying he had withheld it out of concern that the Trump administration might pursue a politically motivated inquiry into the state's handling of the outbreak in nursing homes. But Mr. Cuomo and his aides actually began concealing the numbers months earlier, as his aides were battling their own top health officials, and well before requests for data arrived from federal authorities, according to documents and interviews with six people with direct knowledge of the discussions, who requested anonymity to describe the closed-door debates," the newspaper reported.

None of the political aides involved in the rewrite are public health experts.

"The aides who were involved in changing the report included Melissa DeRosa, the governor's top aide; Linda Lacewell, the head of the state's Department of Financial Services; and Jim Malatras, a former top adviser to Mr. Cuomo brought back to work on the pandemic. None had public health expertise," The Times reported.