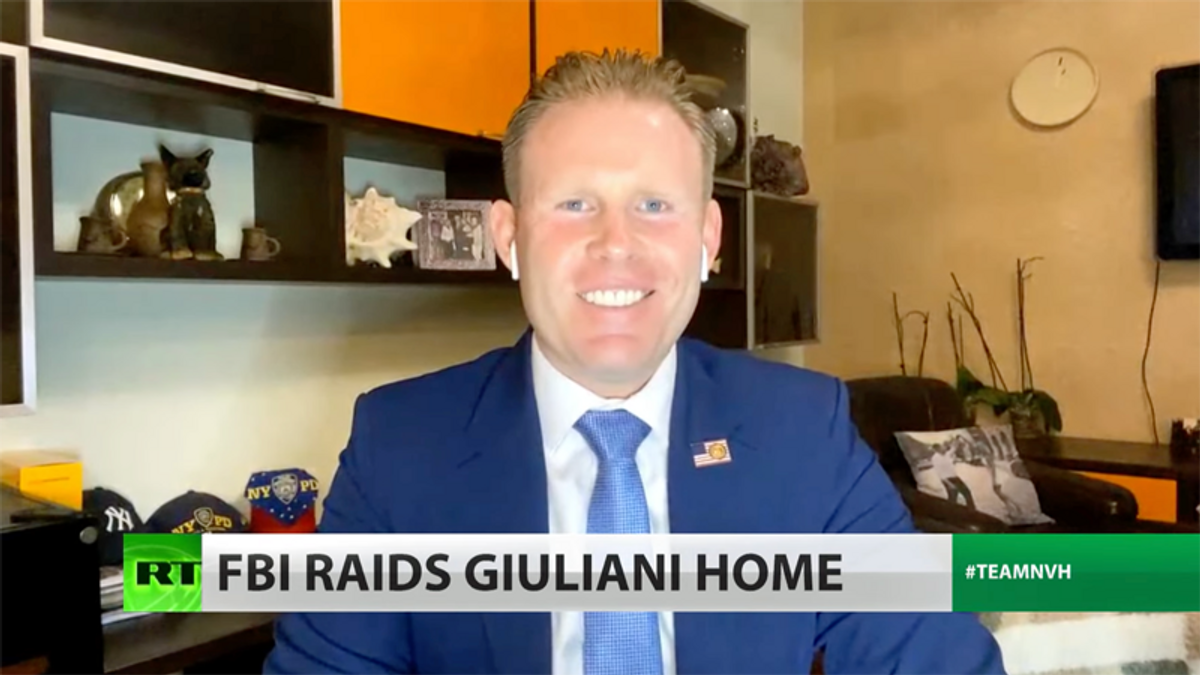 Andrew Giuliani accused the American government of hacking his father's iCloud account (the feds reportedly gained access via a warrant).

"The thing that's been amazing is over the last couple of weeks, how many people -- and some of these people are people who haven't talked to my father in five or ten years -- have come out and said, 'We may not have always agreed with your politics, but we completely agree this is absolutely the wrong thing to see our Justice Department politicize something as badly as they have.' So it's been people who have been very strong Trump supporters and some who have not been Trump supporters. They don't want to live in a country where you're going to have a Justice Department that is going to politicize something to the point where a former president's personal counsel is going actually be spied on by the Justice Department," he claimed.

"And that's very scary for just everyday citizens, cause like you said, if they do it him, they could do it to us and no one would probably even know," Russia Today personality Scottie Nell Hughes.

Giuliani: 'What they did to us, they could do to you' (EXCLUSIVE) www.youtube.com