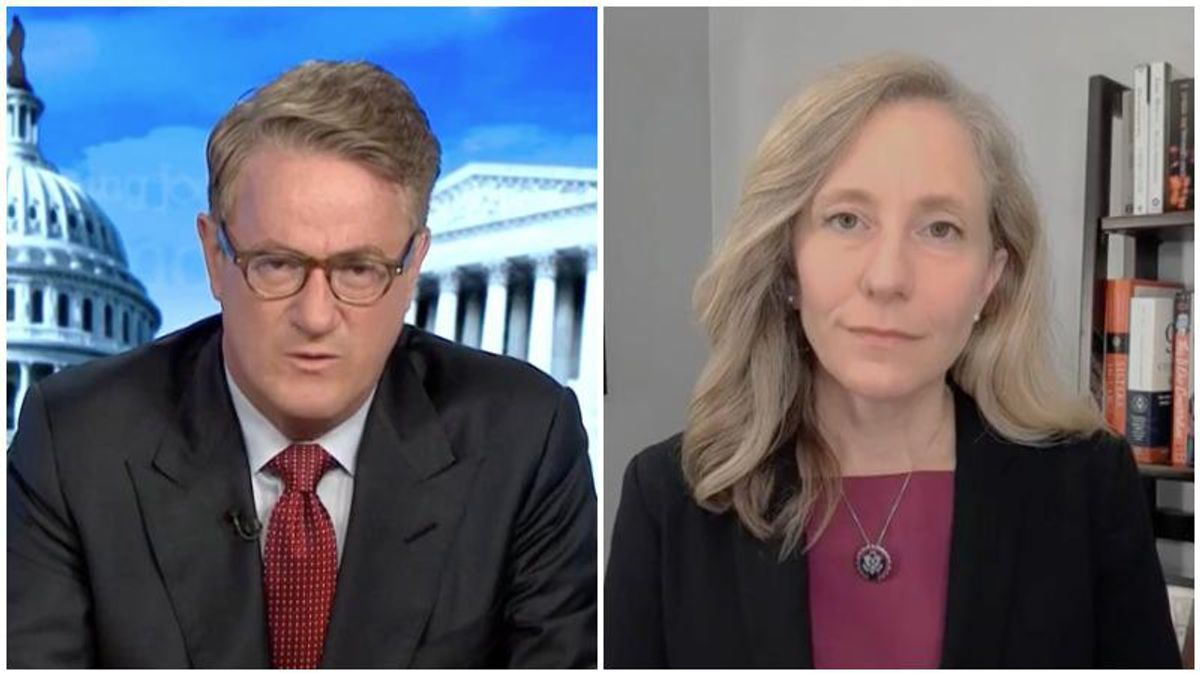 The "Morning Joe" host was unimpressed by GOP lawmakers haranguing the secretary of state and calling on him to resign, which Scarborough suspected was intended to get them booked onto Fox News, and lamented the lack of decorum in the U.S. House of Representatives.

"I'm just shocked," he added. "Does that happen a lot in your committees? I can tell you, we impeached Bill Clinton. You know, we nailed his people to the wall rhetorically, but we always were respectful of the Armed Services Committee. Our chairman demanded it of us."

Rep. Abby Spanberger (D-VA), who serves on the House Committee for Foreign Affairs, agreed that her GOP colleagues frequently show off for the cameras.

"Some of the antics that you saw yesterday in the Blinken hearing are part and parcel of, you know, there's a few folks on that committee that are there for the antics," Spanberger said. "You know, I have children, as you see in this picture, and sometimes you just have to -- you know, I could go back home if I wanted to listen to someone being a petulant child, though, my children, let's be clear, do not behave like that. It's preening for the camera. It's not respecting the constitutional duty of oversight. We're supposed to be asking questions, and there is, in fact, assertion that you don't even want to hear an answer. It's a five-minute speech, you can do that elsewhere. The secretary's time is valuable, our time is valuable, and the American people's time is valuable. We want answers. There are many questions that I still need answered from the secretary, from this administration."

"These are the sorts of things we're supposed to bring forward in these hearings," she added. "Some people did it very, very effectively, some people were there just for the clicks and the -- I don't know, the celebrity of it, which is not the job. That is not the duty."

"No, it's not the duty at all," he said. "It's disrespectful of the institution of Congress and everybody else involved."