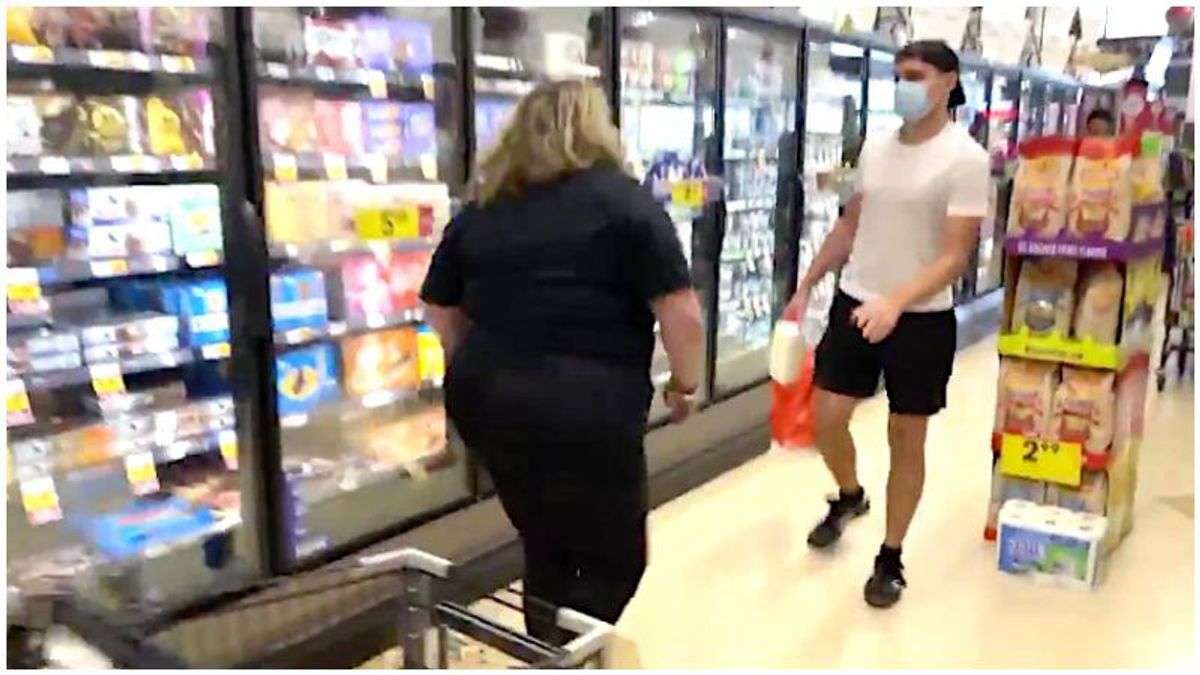 A group of anti-mask protesters stormed a shopping mall in Century City, California, this Sunday, and were captured on video getting into multiple confrontations -- sometimes physical -- with employees and shoppers.

Video of the incident was uploaded to Twitter by local journalist Samuel Braslow, and it shows the protesters going from store to store, arguing with employees and customers in the Los Angeles-area shopping center.

In one segment that was recorded in the mall's Ralph's grocery store, an anti-mask protester claims she was assaulted by a customer, then proceeds to try to ram him with a shopping cart. She then chases after him and tries to strike him.

A violent altercation broke out between a protester and a customer. Didn't see see the inciting incident. She claims that the customer hit her; in response, she tries to ram him with a shopping cart and shout at him. pic.twitter.com/nR3whF8ImC
— Samuel Braslow (@SamBraslow) January 4, 2021

In another video, an anti-mask protester claims he doesn't need to wear a mask because he tested negative for coronavirus. He then refers to a customer as a "mask nazi."

At one point, a store closed its doors in an attempt to bar the protesters from entering, prompting one of the protesters to call the store's employee a "big dumb white c*nt."

At the Ralph's, one anti-masker told a shopper he didn't need a mask because he tested negative and called the shopper a “mask Nazi." The shopper told the anti-masker “you're harassing us w/your fucking germs." pic.twitter.com/unzg0rr4UV
— Emily Holshouser (@emilyytayylor) January 4, 2021

They went to several other stores but many stores closed their doors to prevent them from entering. They lined up at this store's doors and one of the anti-maskers called the employee standing inside a “big dumb white c*nt." pic.twitter.com/AhAzsM1uhw
— Emily Holshouser (@emilyytayylor) January 4, 2021

According to witness Peter De La Chingada, police showed up on the scene but didn't get involved.

"Since it was Century City LAPD showed up fast when anti maskers came to harass mall shoppers but just stood back, stood by, and watched these trump supporters disturb the peace," he tweeted. "They did not show aggression like they've shown BLM protesters and tenants rights protesters."