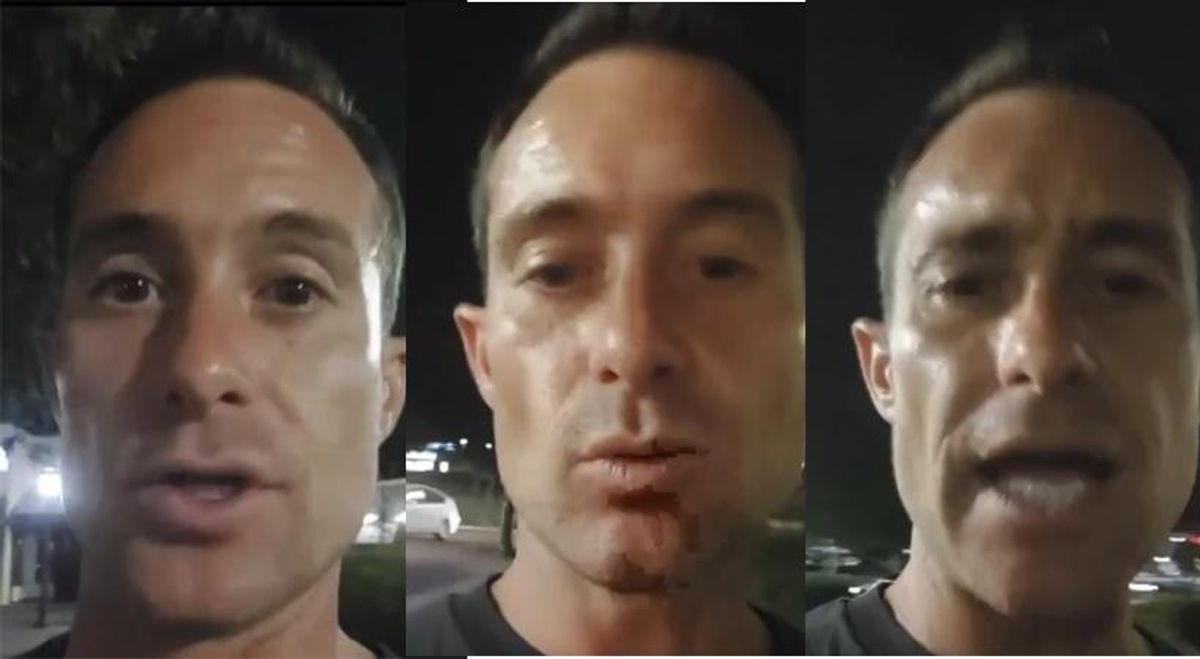 In a video posted to Twitter by the Activated Podcast and highlighted by Voice of San Diego editor in chief Scott Lewis, a man identified as Derek Greco claims he and fellow anti-mask activists are now the acting school board -- and he is its president --for the city of Poway which is located in northern San Diego.

As Andrew Dyer of the San Diego Union-Tribune reported, "The Poway Unified Board of Education ended its Thursday meeting early after a group of people protesting mask-wearing mandates interrupted the proceedings, officials said," adding the board issued a statement saying, "a small group forced its way into the district office, pushing past staff members, and refusing to leave. The board was set to meet under closed session and then hold its regular meeting at 6 p.m."

As VOSD's Lewis wrote, "the group that stormed Poway's school board meeting pretended to have become the new real school board and cheered their new jobs."

In the video posted by Greco, he claims the board abandoned their jobs and his group brought along a "constitutionalist" who gave them a thumbs-up to vote themselves into the jobs since they had a quorum.

"The board vacated their seats tonight," Greco asserted before adding, "We then brought in a constitutionalist, we held a quorum and we voted in a new board and you are looking at the new president of the Poway Unified School District apparently."

He then went on to complain that his group was "libeled and slandered" by the members of the board, and accused them of lying when they stated that San Diego County Sheriff's deputies asked them to abandon the room for their own safety.

Greco added that he was looking forward to meeting with the local media to discuss where the new board will go from this point.

The guy who thinks he’s the new Poway school board president. How long until these delusional people get violent? https://t.co/tWGTkp2CG9
— Scott Lewis (@Scott Lewis) 1631377511.0