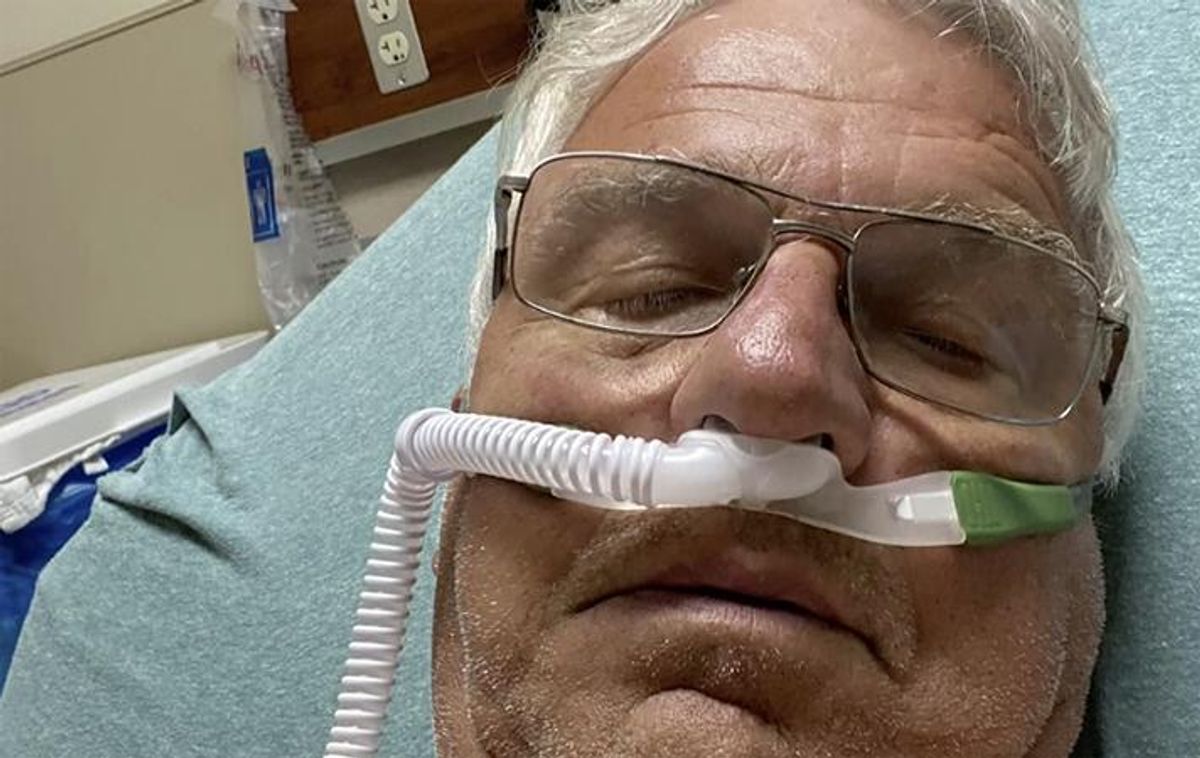 In an interview with WXIA in Georgia, a city councilman from Grantville, Georgia, admitted he was wrong to be suspicious of the COVID-19 vaccines after he was stricken with the virus and almost lost his life.

According to Councilman Jim Sells, "I prayed for recovery, and all my friends prayed, and the doctors and nurses worked on me. I said 'if you can recover from this, you have to change everything. This has to be a life-changer."

The report notes that Sells tested positive with Covis in late July and two weeks later was admitted to a local hospital with acute respiratory failure.

WXIA reports, "After spending 16 days there and seeing COVID kill three people he knew, the councilman vowed he would do all he could to combat misinformation about the vaccine and the virus," adding he has since been released but is only back to being about 30 percent of the way he was before he got sick.

Speaking with the station, he stated, "I'm not going to take this gift from God in the hospital and not try to do something to pass the word to my group of hard-headed conservatives. You gotta consider the vaccination."

Before getting seriously ill with COVID, Councilman Jim Sells of Grantville was dismissive of the pandemic.