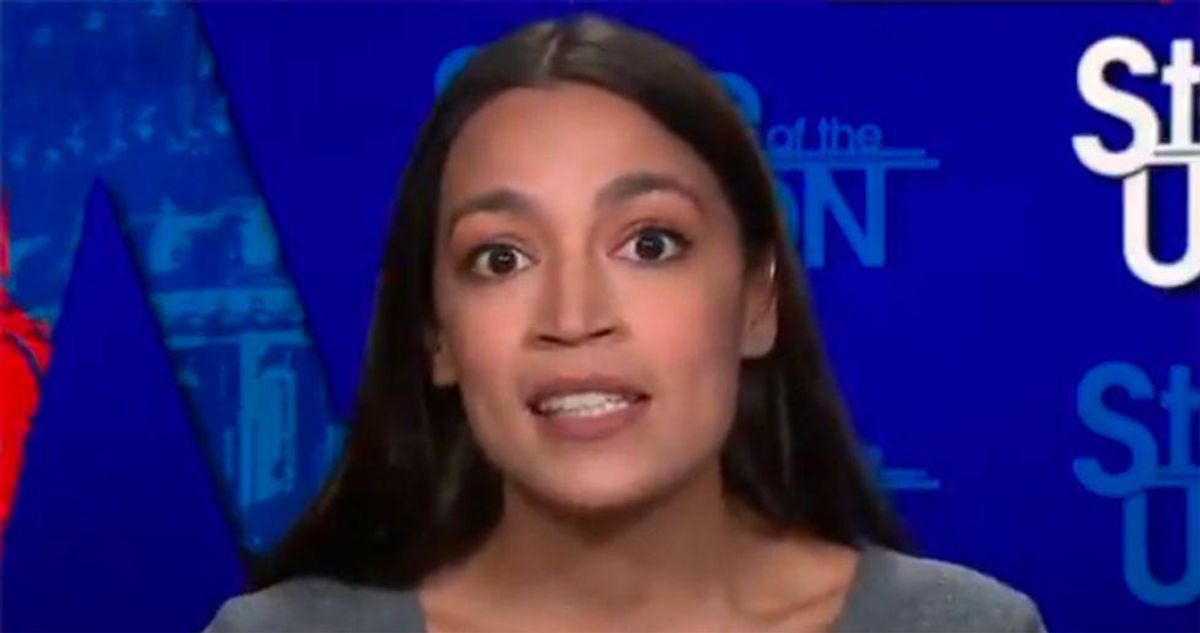 AOC's comments come after a 38-minute video was unearthed Friday that shows Greene in February of 2019 – before being elected to Congress – on Capitol Hill stalking the New York Democrat.

“This is a woman that's deeply unwell. And clearly needs help. And her kind of fixation has lasted for several years now," Congresswoman Ocasio-Cortez said Friday, as CNN's Manu Raju reports. "At this point I think the depth has raised concerns for other members as well."

The disturbing video also shows Greene talking about other members of "The Squad," saying she wants to speak with Rep. Ilhan Omar (D-MN) and Rashida Tlaib (D-MI). Both Congresswomen are Muslim, and Greene says that "as a woman" she needs to talk to them because they support "Sharia," and Greene doesn't want to be forced to "wear a burka."

"Alexandria Ocasio-Cortez, I'm an American citizen. I pay your salary through the taxes that you collect for me through the IRS because I'm a taxpaying citizen of the United States," Greene says.