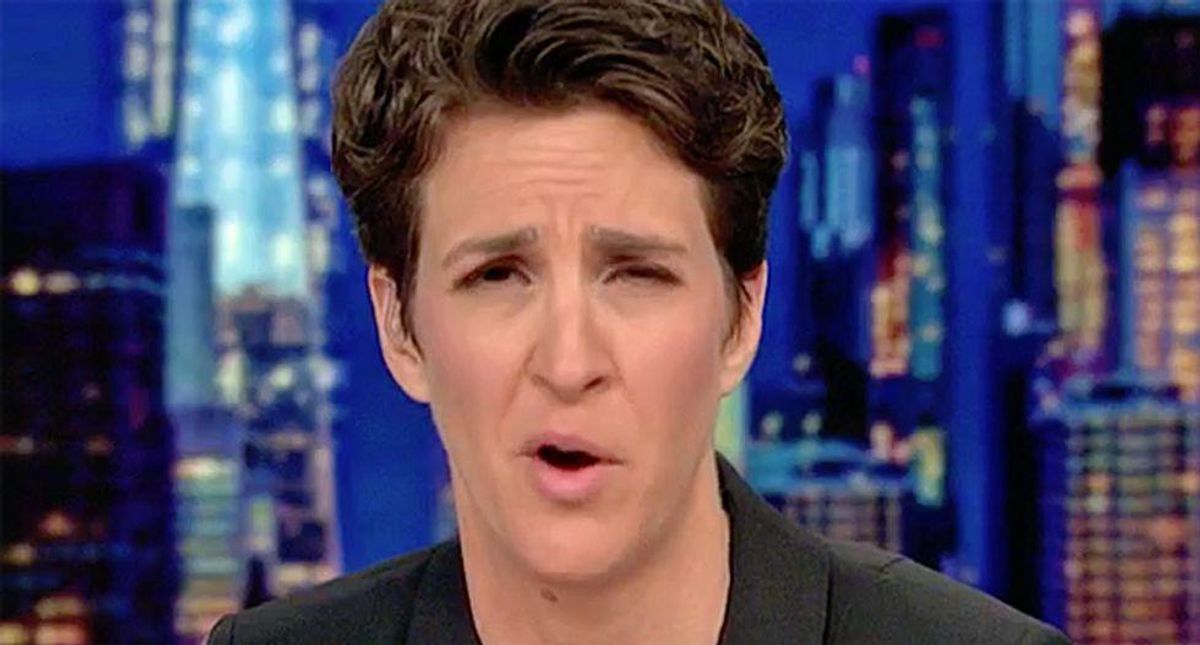 "His new movie, which comes out this week, is about the Arizona audit, the so-called audit of the Arizona presidential election result arranged by Republicans in the state legislature," explained Maddow. "That is the subject of his next movie. He appears to be sort of the authorized documentarian of the audit. The movie does feature all the big players. The opening scene in the trailer for the film is Ken Bennet, the Arizona Republican official who has served all this time as the spokesman for the audit. There he is talking to the Nazis on the moon, aliens did 9/11 filmmaker. Look at the background. He's at the site of the Arizona recount audit thing at that arena in Phoenix talking to the 'aliens did 9/11' filmmaker about the Arizona recount."

She said that the footage includes the man who also writes about treasure hunting who claims to have proprietary software that can prove Trump wins all elections.

"But if you think you are ready to learn the truth about the 2020 Arizona election results and you specifically want to learn that truth from the guy who finally figured out that it must have been aliens who did 9/11 and wow JFK too and watch out they might steal you and take you to the moon for 20 years — if that's the guy you want to learn the truth from about the Arizona presidential election in 2020, he had some big news for you this week," she continued. "You will not be shocked to learn that he announced this news on a telegram channel that's for followers of the QAnon conspiracy theory. But that's where he made the announcement. You guys, you guys, his new movie is ready. He did the aliens movie in 2018. Did the different aliens movie in 2019. But his 2020 movie is ready. It's apparently shot on-site at the election audit in Phoenix."

She called it "kind of hilarious except for the part where this is the basis for Republicans in huge numbers now saying that the last election was distorted and corrupted by massive fraud."

The good news, if there can be any, is that the Republicans who are pushing the conspiracy theory about Arizona being stolen are now linked to the "aliens did 9/11" and "aliens killed JFK" people.

Apparently the aliens are behind the 2020 election now? www.youtube.com