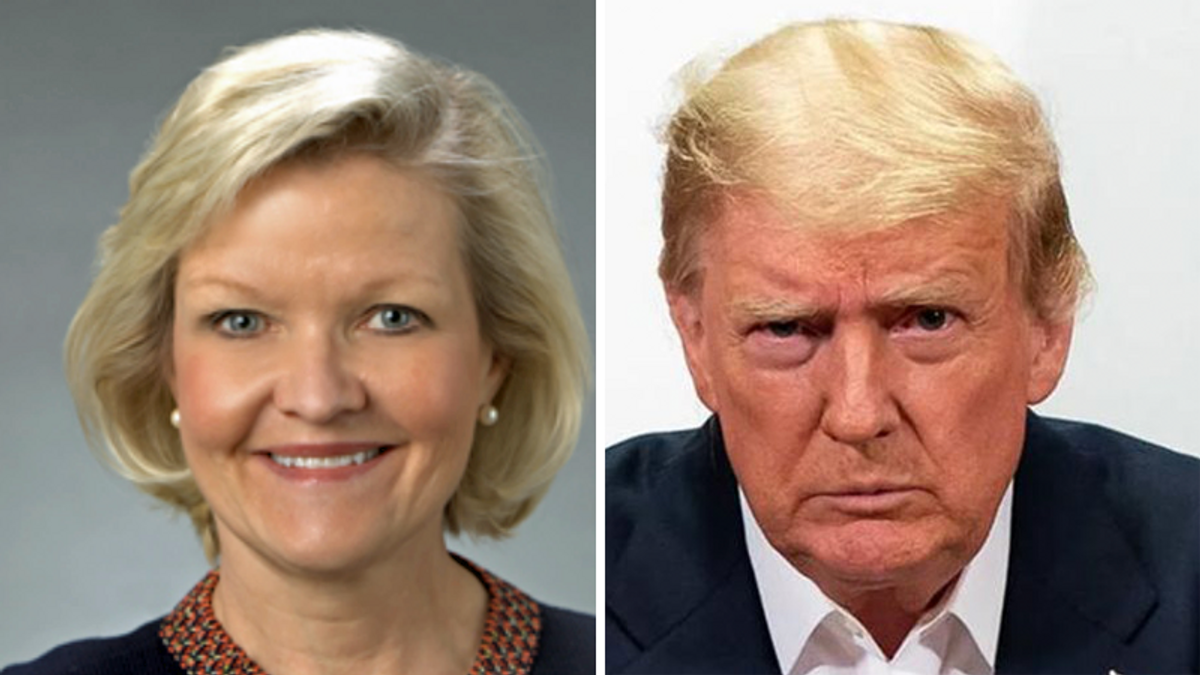 Mitchell photo by Foley & Lardner, LLP and Trump photo by the White House.

New details were revealed on Friday about how Arizona Republicans are receiving — and spending — funds during the controversial audit of ballots in Maricopa County.

"A prominent Republican attorney who advised President Donald Trump as he tried to overturn the 2020 election helped set up an escrow account to funnel money to companies working on the Arizona election audit. Cleta Mitchell's role came to light as The Arizona Republic combed through documents the state Senate released this week after a court order," the newspaper reported.

Mitchell advised Trump during his January phone call to Georgia election officials and reportedly "arranged for $1 million to be sent from the escrow account in late July to three subcontractors working under Cyber Ninjas, the Senate's lead contractor."

The documents don't reveal the source of the $1 million.

"This adds to the millions of dollars in outside funding that has paid for the months-long partisan review of Maricopa County's ballots and voting machines. Republican leaders in the Senate ordered the unusual review that has been funded mainly by 'Stop the Steal' advocates and Trump allies," the newspaper reported.

That wasn't the only major news on the audit that The Arizona Republic broke on Friday.

The newspaper also reported that an "election conspiracy theorist and anti-vaccine activist" was hired by both the Arizona Senate and Cyber Ninjas to review mail in ballots.

"Shiva Ayyadurai, or 'Dr. Shiva' as he is known to far-right adherents, was tapped for both reviews in the waning weeks of the audit process, records show. However, he had participated in discussions with Arizona Republicans about challenging the state's election results as far back as November," the newspaper reported.

MyPillow CEO Mike Lindell featured Ayyardurai in a video as a victim of voter fraud.

Ayyadurai alleged he lost his Senate bids in Massachusetts because Dominion software multiplied his vote by .666 — which is the number used to represent the antichrist in the Book of Revelations.