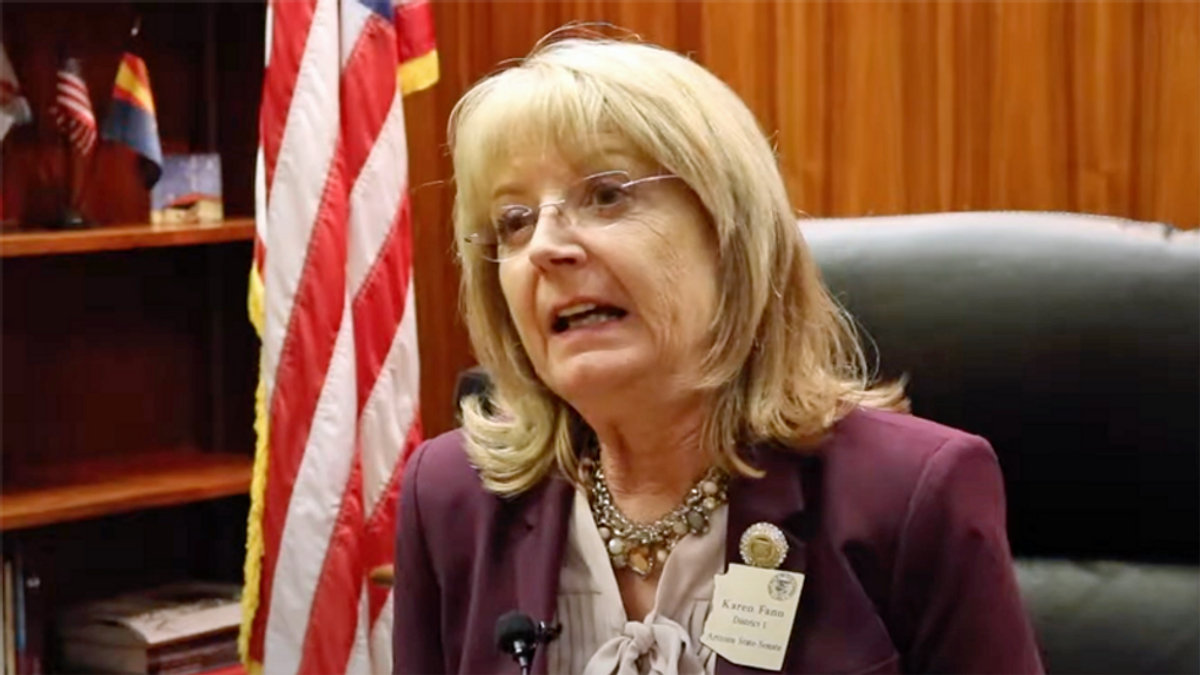 Political reporters in Arizona appear to be growing increasingly frustrated with the shenanigans by Republicans pushing Donald Trump's "Big Lie" about election fraud.

On Thursday, Republicans falsely claimed that there were 74,000 votes with "no clear record of being sent."

On Saturday, the Associated Press published a story titled, "FACT FOCUS: A false narrative of 74K extra votes in Arizona."

"Cyber Ninjas, the cybersecurity consulting firm hired by Arizona Senate Republicans to oversee a partisan review of the 2020 election, on Thursday pushed a false narrative that Maricopa County received thousands of mail-in ballots that had no record of being sent out to voters," the AP reported.

"The false claim has reverberated online in the day since Logan's comments, parroted by lawmakers and Republican commentators including Arizona Republican Party Chair Kelli Ward, Colorado Rep. Lauren Boebert and former President Donald Trump," the AP explained. "Yet Maricopa County officials and election experts confirm that the claim isn't true and represents a misunderstanding of how early voting works in Arizona."

KPNX political reporter Brahm Resnik described the spread of the lie as "bordering on criminal."

"The damage to our elections can't be undone," he explained.

Also on Saturday, Tim Steller of the Arizona Daily Star noted an "incredibly nasty" Twitter account linked to the audit posted a picture of a critic's deceased dog.

More important than who the individual is is the fact that the @ArizonaAudit has clearly given inside access to a p… https://t.co/l4OS4PcgqX
— Tim Steller (@Tim Steller) 1626552170.0

More evidence that @AuditWarRoom is an insider to this election review.# https://t.co/WtpamBgzWv
— Tim Steller (@Tim Steller) 1626555480.0

Despite the criticism and lack of legitimacy, the Audit War Room account continues to brag about the widely-panned audit.

The Arizona Audit is the most comprehensive election audit in the history of the United States. 🇺🇸 https://t.co/emytui7FA3
— Audit War Room (@Audit War Room) 1626483346.0