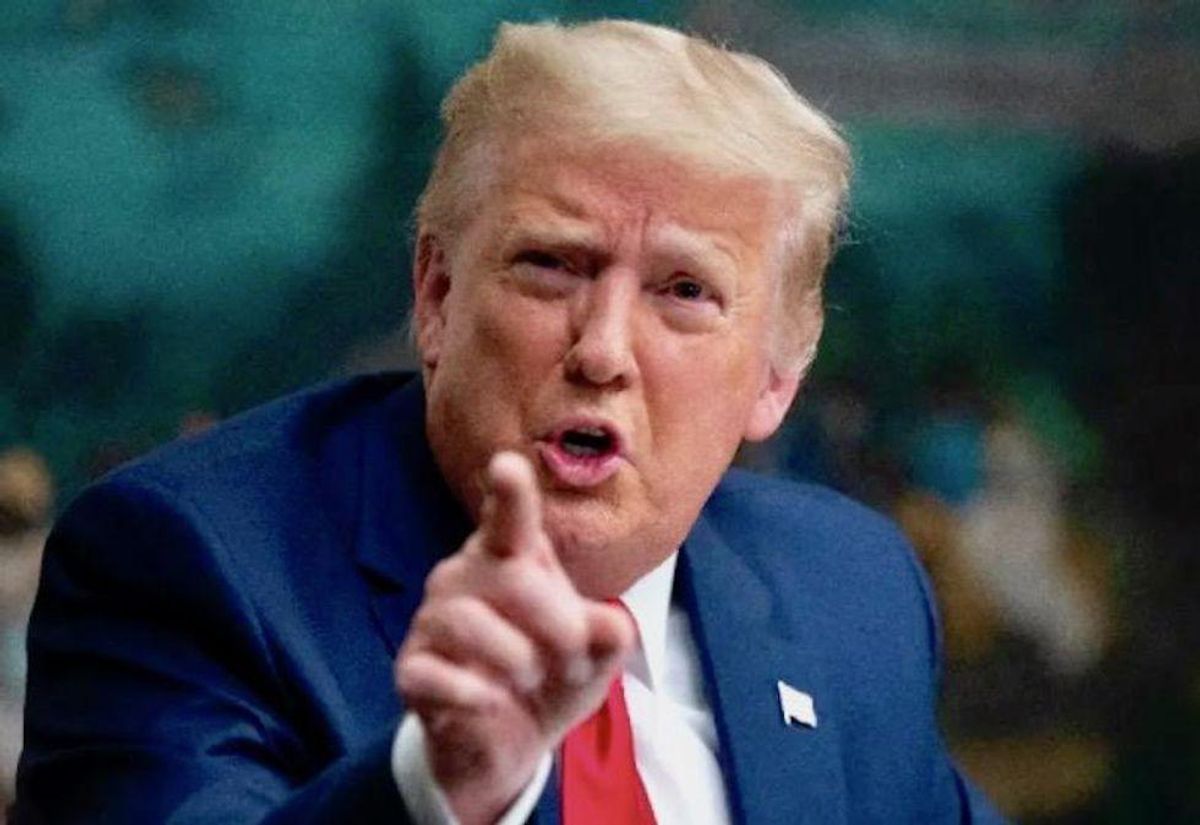 "We know that the president, the former president, and those around him have continued to push this lie, this claim that the election was stolen from him," said Gates. "And yet, time and time again, it's been confirmed that that didn't take place. But he's not letting the facts get in the way."

Burnett then asked Gates to address one of Trump's more baffling claims.

"So one point in the speech ... he went on a rant about subpoenaing the network routers that were used by Maricopa County's election division to verify county election machines were not connected to the internet on Election Day," said Burnett, playing a clip of Trump proclaiming, "The county has for whatever reason also refused to produce the network routers. We want the routers, Kelly ... why are these commissioners refusing to give up the routers?"

Gates wasted no time shooting this down.

"Well, first of all, we have had two independent audits here at Maricopa County from election experts that have confirmed that our machines were never connected to the internet," said Gates. "The reason that they have not been turned over is because these routers essentially provide a blueprint for someone who gets them for sensitive information at Maricopa County, so that includes law enforcement information, and our sheriff has spoken out very strongly and said that if these routers are turned over, it's going to put sensitive law enforcement activities in question and at risk."

"They're getting backed into a corner and they're getting desperate, but the reality is the good people of Arizona know that this audit is a sham audit, and that it's time to move on," concluded Gates.