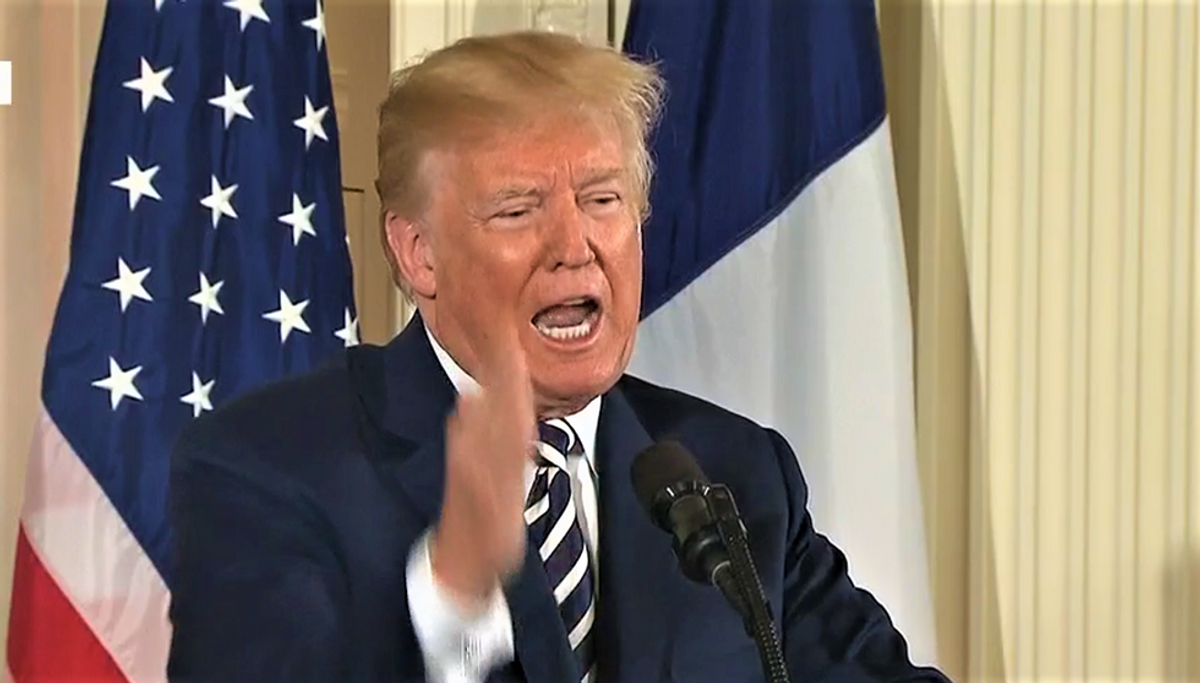 "Why won't the RINO Maricopa Co. Board of Supervisors in AZ give the routers? What are they trying to hide? They are fighting for life or death. What is going on? Give the routers!" Trump wrote.

"Doesn't this mean that the voting was, despite their statements to the contrary, connected to the Internet? The Voter Fraud in the 2020 Presidential Election was monumental, and the facts are coming out daily," he added.

Trump was apparently responding to reports that Cyber Ninjas, the private firm that is conducting the audit on behalf of the GOP-controlled state Senate, claims it needs more information before completing its long-delayed report, including "copies of Internet routers."

According to the Arizona Mirror, Cyber Ninjas may be attempting to prop up a conspiracy theory that election machines were online, and hacked to change votes from Trump to Biden, even though there is "no evidence to support those claims."

"The routers were part of the Senate's original subpoena, but the county said handing them over will cost $6 million to replace. And Maricopa County Sheriff Paul Penzone has said that giving up possession of the routers would jeopardize law enforcement security," the Mirror reported.

On Friday, Trump lashed out at Fox News over an Associated Press investigation that discredited his conspiracy theories about massive fraud in Arizona.

Reactions to his latest rant below.

@realLizUSA There is no universe where Donald Trump has any idea what a router is or what it does.
— Michaleen (@Michaleen) 1626715931.0

@realLizUSA There is no universe where Donald Trump has any idea what a router is or what it does.
— Michaleen (@Michaleen) 1626715931.0