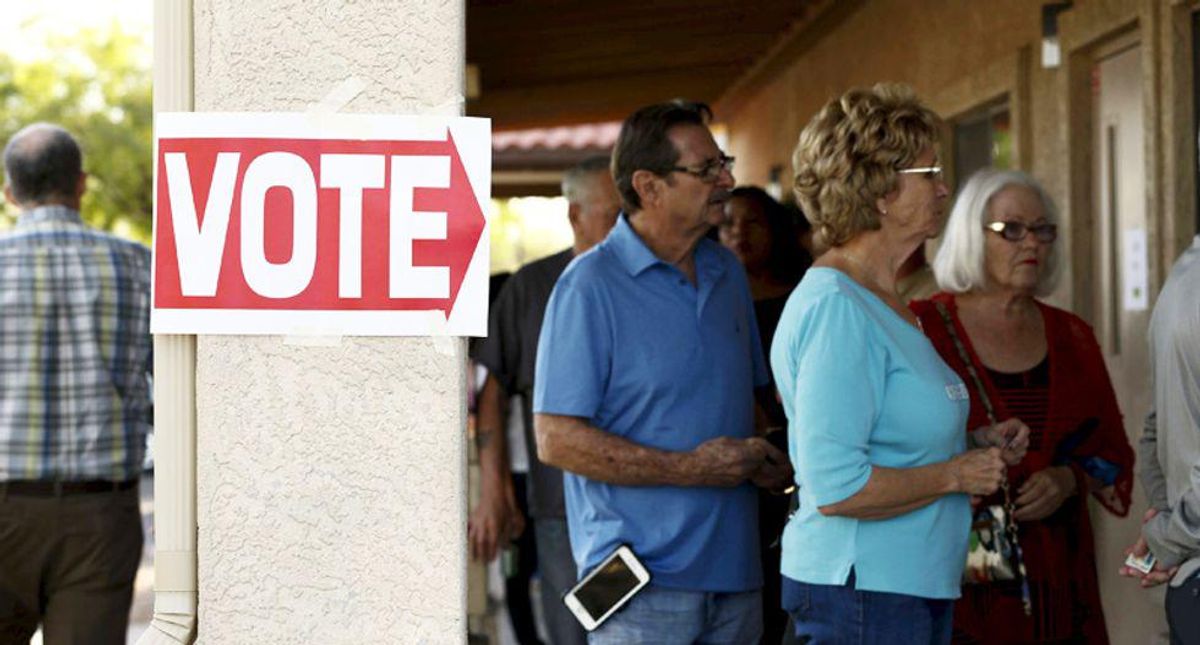 People wait to vote in the U.S. presidential primary election at a polling site in Glendale, Arizona March 22, 2016. REUTERS/Nancy Wiechec

Local officials say they do not yet know who or what is behind the canvassing effort, but Yavapai County Recorder Leslie Hoffman warned residents that giving the canvassers information could make them vulnerable to identity theft.

"I don't want some of our more vulnerable residents giving information and thinking they're giving it to the recorder's office," she said.

As AZCentral notes, the door-to-door canvassing is similar to a plan originally hatched by Arizona's state Republican senators to "statistically identify voter registrations that did not make sense, and then knock on doors to confirm if valid voters actually lived at the stated address."

But Cyber Ninjas, the company tasked with carrying out that operation, said that it would never ask residents about whom they voted for in the election.

Additionally, Senate President Karen Fann said that the original plans to canvass at voters' houses had for now been dropped.