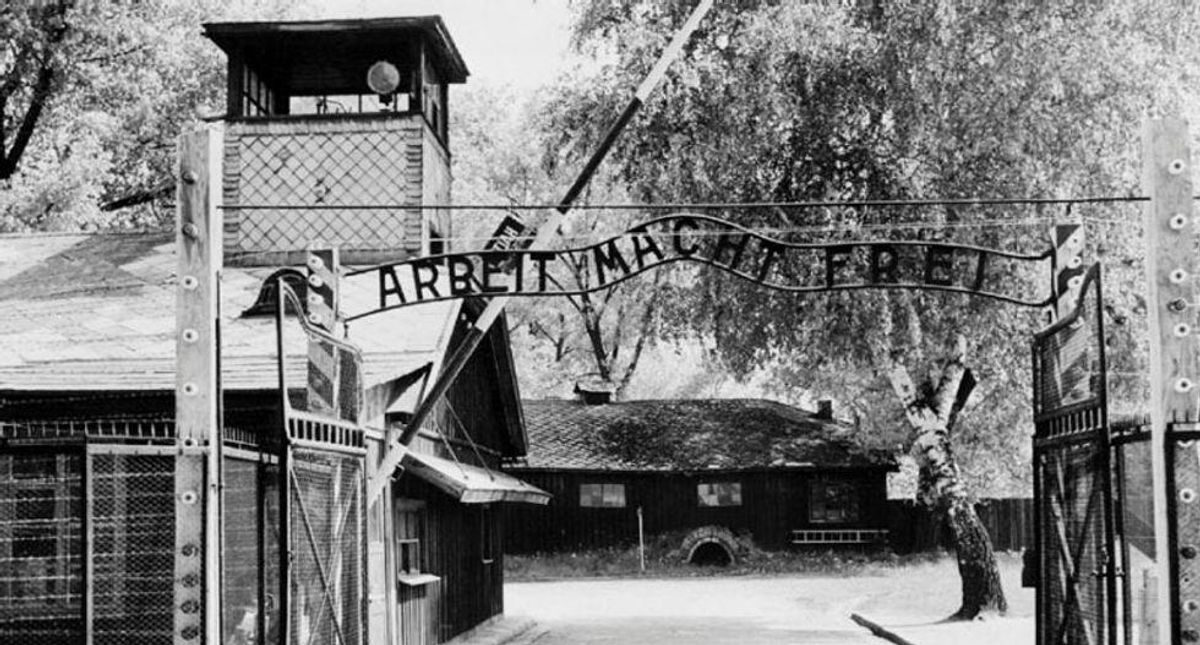 The Auschwitz concentration camp, which was liberated by Soviet troops in April 1945 (AFP Photo/)

On Saturday, Business Insider reported that Arizona has purchased the materials needed to manufacture hydrogen cyanide gas — the same chemical the Nazis used to murder Jewish prisoners at Auschwitz and other death camps — just as they are refurbishing a gas chamber used in death row executions.

"The Arizona Department of Corrections spent more than $2,000 in procuring the ingredients for the gas, The Guardian reported, citing the partially-redacted documents," reported Alexandra Ma. "The ingredients purchased include a solid brick of potassium cyanide, sodium hydroxide pellets, and sulfuric acid, per the documents ... The documents published by The Guardian also included instructions on how to operate the gas chamber."

"Cyanide is lethal in that it prevents the body from using oxygen. It was used in both World Wars — by French and Austrian troops in World War I, and by Nazi Germany in World War II, according to a 2014 fact sheet by the Johns Hopkins Center for Health Security. The trade name for hydrogen cyanide is Zyklon B," said the report.

Asphyxiation by hydrogen cyanide gas is an extremely painful way to die, causing violent seizures and cardiac arrest as the body's cells are blocked from respirating.

"Arizona currently uses lethal injections as its method of capital punishment," noted the report. "However, there have been no executions for seven years following the botched death penalty of the murderer Joseph Wood in 2014, according to the Guardian. Woods took two hours to die following 15 injections as he lay gasping and gulping on a gurney."

Many states have been seeking an alternative to lethal injection as scientists have revealed the torture behind the traditional drug cocktails and corporations that manufacture the drugs have cut them off for use in executions. Other states, like South Carolina, are considering firing squads as an alternative.