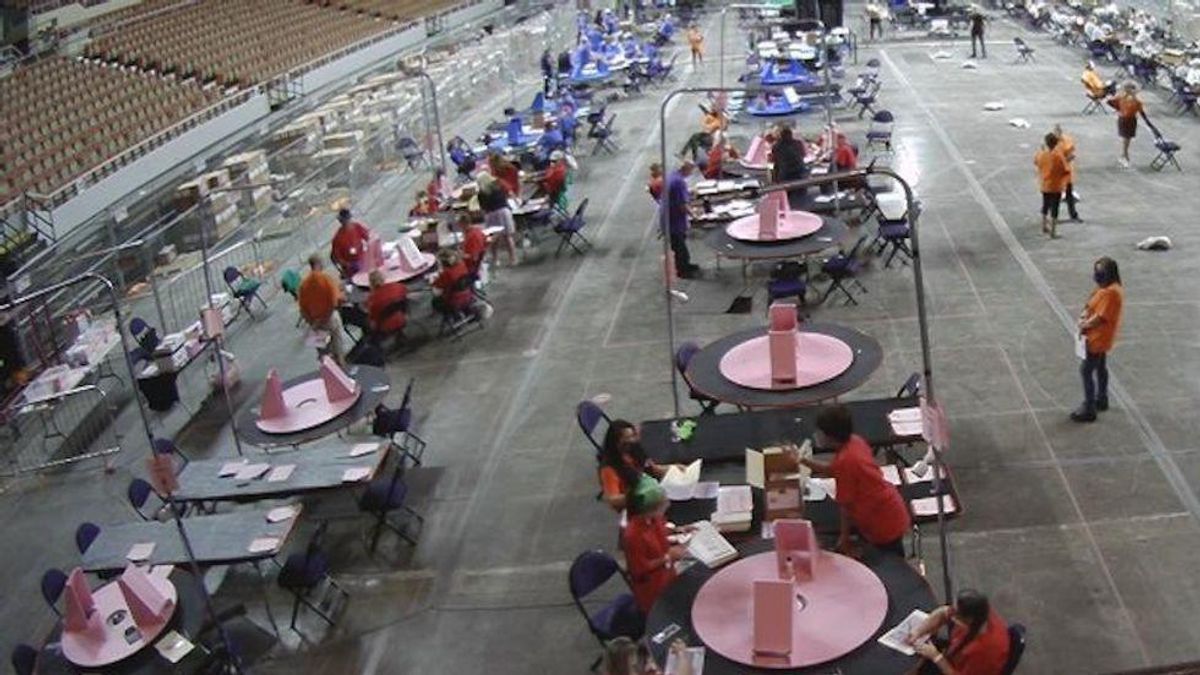 "The Cyber Ninjas have a tiny amount of money that's coming from the state Senate in Arizona, but the vast proportion of it, something like over $5 million, comes from contributors who are basically national conspiracy theorists who are aligned with former president Trump," Mayer said. "So you've got that group. You have Patrick Byrne, the person who started Overstock.com, is one of the big ones. Michael Flynn and Sidney Powell, those people are involved in funding the specific audit, but the audit itself, which people think of as a clown show, as you said, is actually not that funny when you look at it closely, because what it's trying to do is overturn a certified American presidential election, and the forces that are pushing that, and this is what I was looking at, include a number of -- a whole array of very prominent national conservative groups, people that you don't ordinarily think of as involved in sort of flaky conspiracy theories."

"You have the Heritage Foundation in there, you have the American Legislative Exchange Council, backed by big corporations," she added. "You have got the Bradley Foundation of Milwaukee, Wisconsin, which is one of the biggest conservative foundations, it has $850 million in its treasury to spend on these kinds of adventurous things, and what they are doing is funding people who are spreading doubt about the security of American elections. Why are they doing it? Because it works for them. I'm not sure how many of them believe it, but what it's done is, they're exploiting this distrust of American elections in order to push through laws that crack down on voting rights and keep the people they don't want from the polls, basically, and they're also laying the foundation, many people told me, for potentially a lot of distrust about the 2022 elections and the 2024 elections, so it's a kind of dangerous precedent that's going on there."