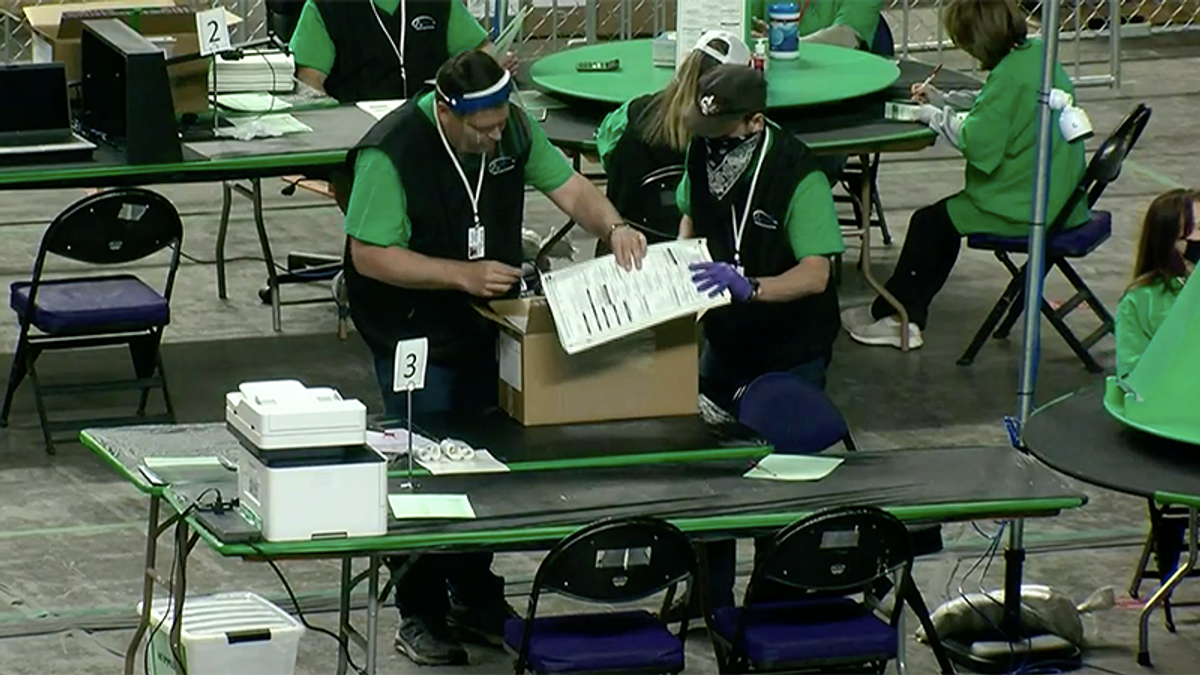 As the so-called audit goes into its final week, it has become clear that the counters won't be able to make it through all of the 2.1 million ballots from Maricopa County. They did, however, manage to examine the paper to see if any were made of bamboo after a conspiracy theory that southeast Asia sent 40,000 ballots to Arizona.

Former President Donald Trump has been glued to the Arizona case while sitting in his Mar-a-Lago golf club.

The Republican Party was given all of the ballots after a subpoena from the State Senate. There were serious problems at first, namely that GOP "auditors" had the ability to change votes in the first few days because they were using blue or black ink to "count." The firm auditing the county, Cyber Ninjas, has been linked to the Stop the Steal movement, which brings even more illegitimacy to the Arizona GOP's process.

The audit, however, and its association with laughable right-wing conspiracy theories "are doing serious damage," the Republic said.

"I just want it over. I think Arizona needs to move on and not be the center of more of this political gossip," former GOP Secretary of State Betsey Bayless told the paper.

Gov. Doug Ducey (R-AZ) is also trying to avoid talking about it when questioned by reporters.

"Let this be completed, and then we can talk about what the findings are," Ducey said Thursday adding he's "focused on my day job."

"No one has been a more vocal advocate for Arizona elections than the governor — from the state Capitol to the Oval Office," said Ducey's spokesperson claimed. "The Senate is a separate, co-equal branch of government and has been granted the ability to examine the ballots by the court, another separate and co-equal branch of government. The executive branch has not been involved in the process."

"It is always the case that when there are serious controversies within a political party, it doesn't do the party any good," Kyl told the Republic over the phone. "And I think the divisions within the Republican Party will not reflect well on the party's chances of success in the next election. That's pretty obvious."

Now, some Republican officials are using Arizona to justify an "audit" of their own ballots in select Democratic counties in their states. The report explained, "pro-Trump figures have formed an organization dedicated to examining election integrity in eight states, including Arizona."

Read the full report at the Arizona Republic.