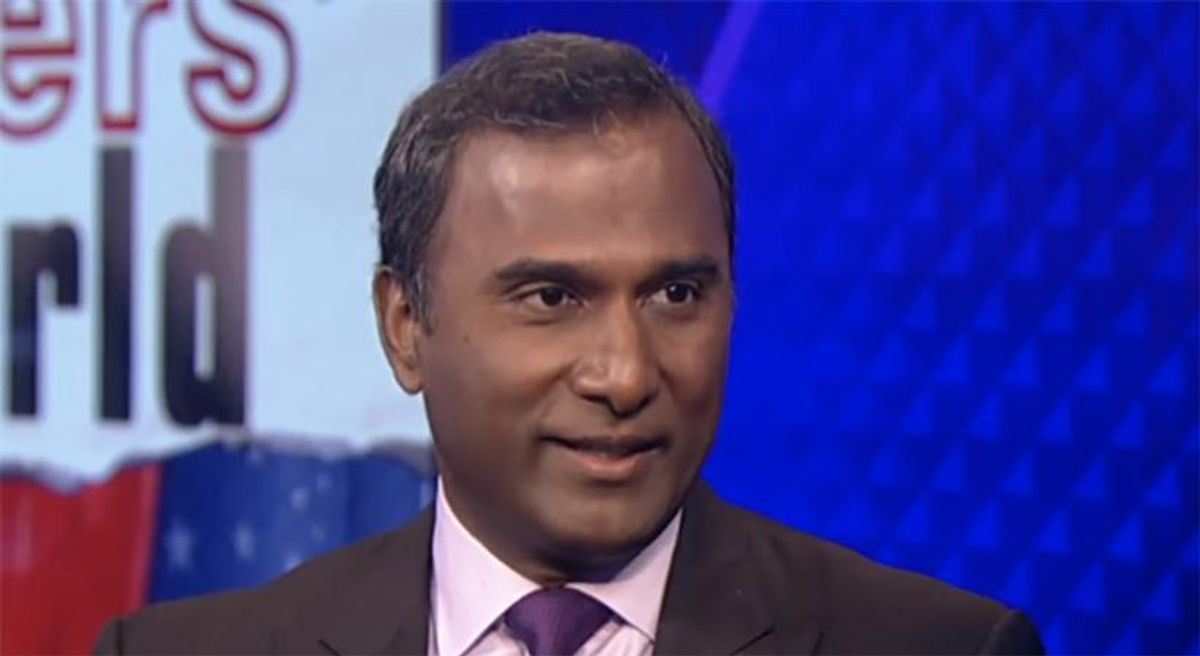 According to a report from the HuffPost, Arizona Republicans hired a former U.S. Senate-aspirant who has claimed he invented email and has attacked Dr. Anthony Fauci as an agent of the "deep state," to consult on the much-delayed audit of 2020 presidential ballots in Maricopa County.

The report notes Shiva Ayyadurai -- who goes by "Dr. Shiva" on his YouTube channel -- was hired by mutual agreement between the Arizona GOP and ballot-recount contractor Cyber Ninjas to help "evaluate" the work done looking for voter fraud that would, presumably, flip the state's 11 Electoral College votes to Donald Trump ten months after the election.

Shiva previously ran for the U.S. Senate against Sen. Elizabeth Warren (D-MA) billing himself as the "real Indian" in reference to her contention that she is descended from Native Americans.

As the HuffPost notes, Shiva's relationship with the Arizona audit was discovered after documents related to the recount were released Aug. 31 and reported on by the Arizona Republic.

"Ayyadurai baselessly ranted back in November 2020 that the election was stolen from Donald Trump," reports the HuffPost's Mary Papenfuss. "He also accused National Institute of Allergy and Infectious Diseases Director Dr. Anthony Fauci last year of being a "deep state" operative, has baselessly promoted vitamin C as a treatment for COVID-19, and says he invented email. Ayyadurai is not a medical doctor."

According to the report, the hiring of the controversial anti-vaxxer was defended on Friday by former Arizona GOP Chair Randy Pullen.

"Everybody has controversies. Is he knowledgeable and experienced enough to do the work? I've talked to him. I'm confident he knows what he is doing and he is trustworthy," Pullen explained adding that Shiva has a work history of verifying signatures for banks.

You can watch Ayyadurai discuss his Senate run on Fox News below:

Dr. Ayyadurai on challenging Warren for her Senate seat youtu.be