Barr told Trump to his face 'you're going to lose' because he was humiliating himself at COVID briefings: book 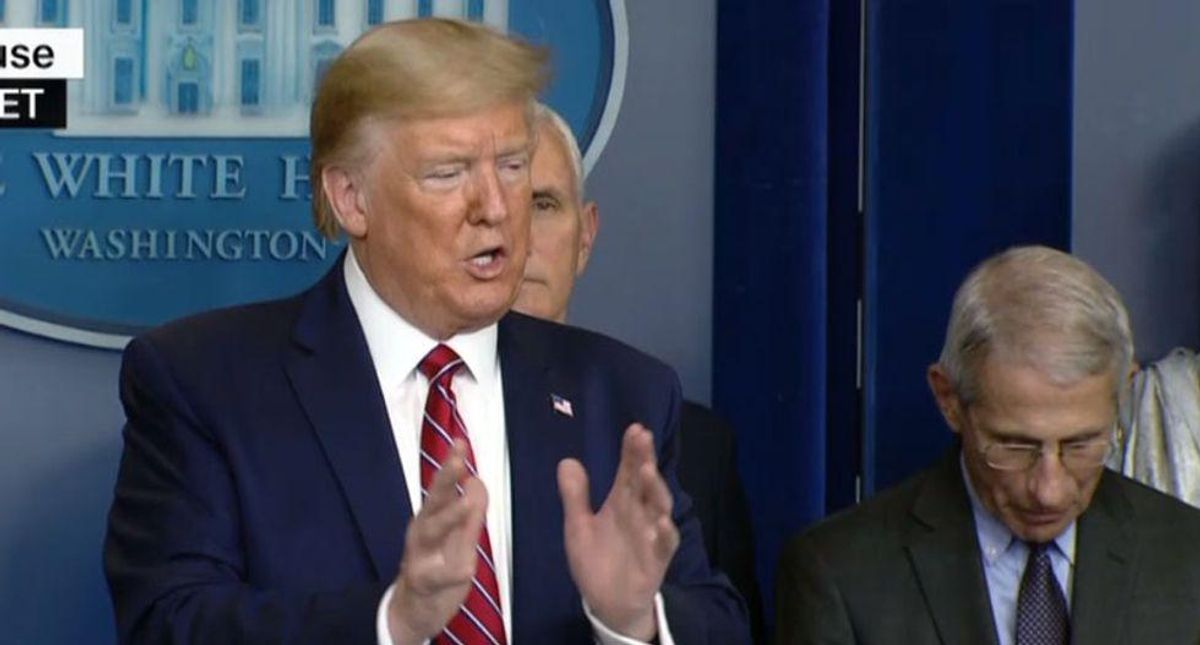 "I feel you are going to lose the election," Barr told Trump in April 2020 as the virus was killing more Americans, according to the reporters. "I feel you are actually losing touch with your own base."

Some of the Trump fans that Barr had talked to when traveling had confided in him that they were bothered by Trump's petty squabbles with his perceived enemies when they needed him. They, like most Americans, wanted steady leaders that could steer the country through the pandemic and bring back the economy.

"I have yet to meet anybody who supports you who hasn't said to me, 'We love the president, but would you please tell him to turn it back a bit?'" Barr said according to the new book. "You're going to lose because there's going to be enough people who otherwise would vote for you who are just tired of the acrimony, the pettiness, the punching down and picking a fight at every moment, and the apparent chaos, and they're just going to say, 'We're tired of this sh*t.' "

Barr went on to tell Trump that he thinks the only reason Trump won in 2016 after the infamous "Access Hollywood" tape was because Trump put his head down and behaved himself.

"It actually scared you enough to listen to Kellyanne [Conway]," said Barr. "And for the last several weeks you behaved yourself and you won by a hair. This time it's different. You cannot wait until the end."

Barr wasn't the only one. The day that Trump told people to inject disinfectant and stick a UV light into their bodies, his aides assumed the election was done.

The book recalls then-campaign manager Brad Parscale calling Jared Kushner saying, "We're going to lose in a landslide. You've got Doctor Trump up there all day. We're still going down in the polls. We're losing and nothing's changing."

"I know," Kushner agreed. "This is horrible."

By June, Parscale was worried again.

Still, the book explained that Trump wanted to be in charge.

"I'm doing this my own way," Trump replied to Parscale. "I'm going to win."

I Alone Can Fix It is on sale now and is filled with wild stories of the final year of the Trump presidency.