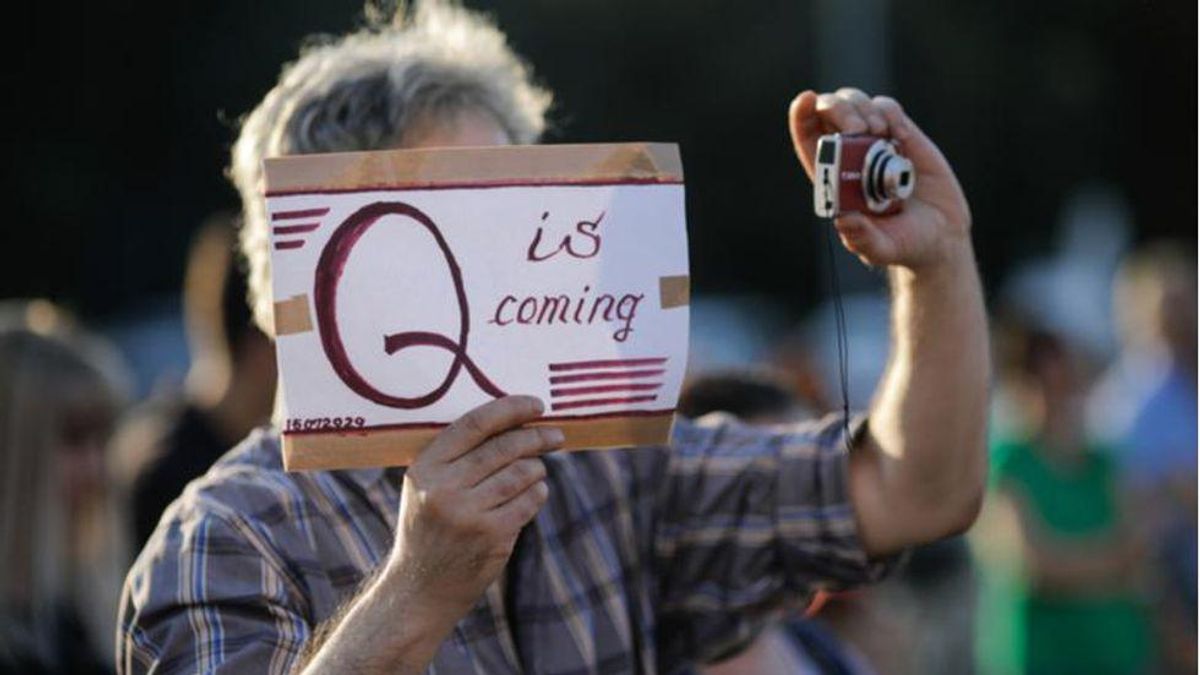 A recent string of right-wing extremist events in one eastern Virginia county has one neighbor wondering what's going on.

The Bedford Militia is holding an armed rally Saturday in Montvale, a little more than a month after the nearby Apple Valley Community Church hosted the screening of the documentary-style "Fall of the Cabal" QAnon conspiracy film, and Roanoake Times columnist Dan Casey had questions.

"What's going on with our neighbor to the east, Bedford County?" Casey wrote. "Has someone slipped a nefarious substance into the water supply that hijacks minds and transports victims to the alternate universe?"

The church took a half-page ad in last month's weekly Bedford Bulletin announcing the three-hour film, inviting residents to "Open your bleary eyes. Enlighten your confused minds. EDUCATE YOURSELF," and Casey noted the ad specifically cited the anti-Semitic conspiracy theories expounded by the QAnon indoctrination video and 781-word defense of the right-wing conspiracy.

"Are you aware that the FBI, CIA and other intelligence agencies have become so corrupt that they employ hundreds of journalists throughout the four major media organizations, including CNN, the Huffington Post, NBC, Fox News, The New York Times and Washington Post?" the ad states. "How could you not know that intelligence agencies disseminate disinformation and control mainstream media story lines and narratives?"

This weekend, the Bedford Militia has invited the public to bring unloaded rifles, preferably AR-15s, to Montvale Park for a rally, after the group's leader claims 700 attended a previous event in February.

"We don't really answer to a civilian authority," said militia commander Jon Falls. "We're rebuilding an institution [the militia] that should never have fallen out of existence in the United States."

However, the Virginia constitution requires militias to be "under strict subordination" to a civil power, and commonwealth attorney general Mark Herring's office has asked for federal assistance in fighting the threat from militia extremism.

"It sounds like Herring's wondering whether there's something weird in Bedford's water, too," Casey wrote.