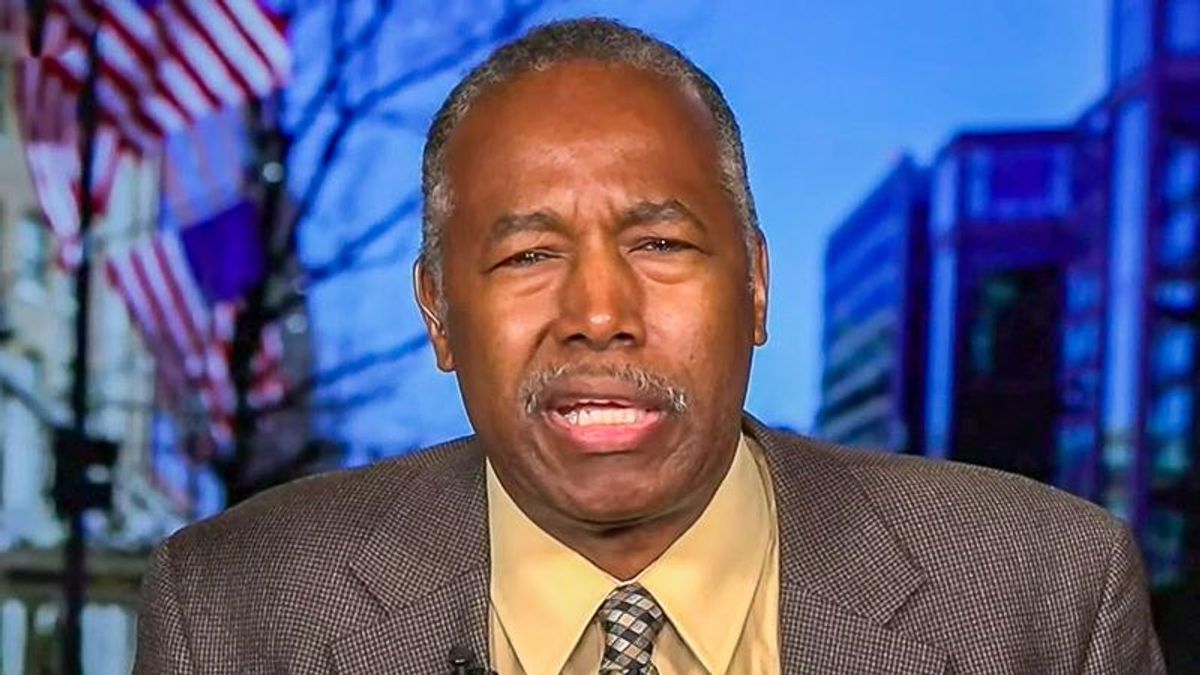 "You know, Dr. Martin Luther King Jr. spent a lot of time trying to get people to not look at external characteristics, which they cannot change and which they cannot help," Carson told Fox News host Dana Perino, "and instead to look at the things that you can change and the things that you can help, such as your character, what kind of person are you?"

Carson added: "It just infuriates me when I see us acting so immaturely and we have so much more capacity."