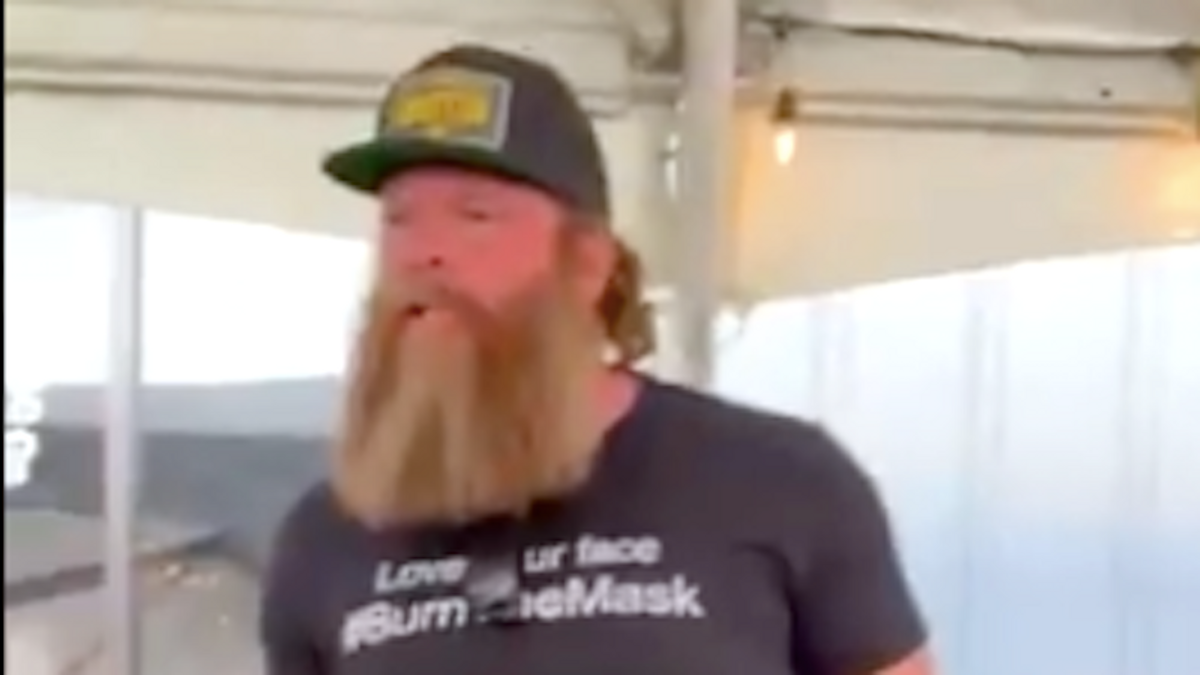 "You're worthless," Martin shouted from a short distance away. "You don't do your job right. You're a horrible f*cking person."

Arias wished Martin a good day, but he called the councilman "garbage" and a "mask Nazi" who engages in "cancel culture."

Other customers asked Martin to calm down, and a waitress eventually ushered them away from Arias and his companions at an outdoor picnic table -- but the councilman said Martin and his group returned and threatened to "smash my head into the cement" when he left the Paso Robles brewery.

"(Martin) is still free to make terrorist threats with apparently no restrictions at all," said Arias, who compared the group to the right-wing Proud Boys. "These groups represent a real threat to the public."

An anti-mask group showed up at Arias' apartment May 12 and blamed him for business closures, and video showed the councilman shoving at least one person on the stairs to his apartment, where two of his children were at the time.

Prosecutors declined to charge him in the incident.

Martin is currently on conditional probation in connection with a plea agreement for a 2017 domestic violence case, and he's also the subject of a restraining order related to his anti-mask activities at a Sprouts Market location.

He is also a realtor with Keller Williams, though his license is on restricted status because he failed to disclose his domestic violence conviction.

Martin claims to have been inside the Capitol during the Jan. 6 insurrection and can be seen in a video showing Donald Trump supporters chanting "traitor" at Sen. Lindsey Graham (R-SC) in an airport after he refused to block certification of Joe Biden's election win.

"I have and continue to take legitimate threats against my personal safety – and the safety of those with me – seriously," Arias said. "I will explore all legal options regarding this incident with Ben Martin upon my return to Fresno."

.@BarrelHouseBeer thank you to our fellow customers and the one brave waitress who stepped in to show these white nationalist the door while management just watched. Is this what we can expect at your Fresno location? pic.twitter.com/IxAwM128cg
— Sabina Gonzalez-Eraña (@ABWSabina) April 11, 2021