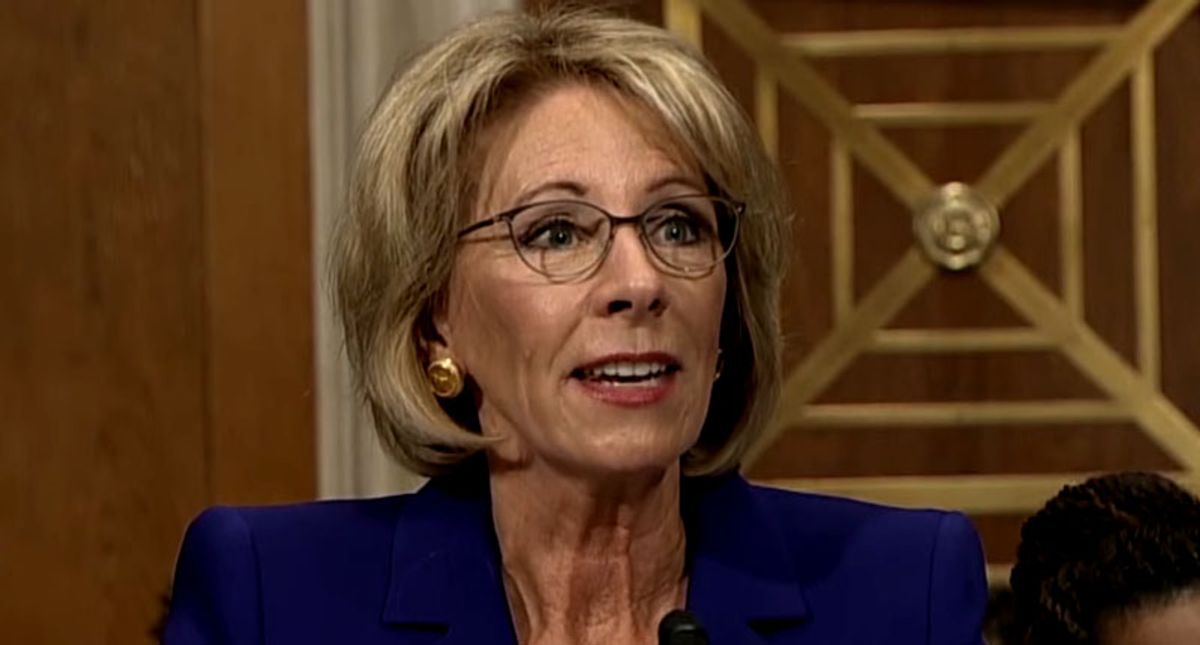 Controversial Education Secretary Betsy DeVos became the second Trump cabinet official to resign in disgust following the unsuccessful insurrection at the U.S. Capitol by supporters of the president seeking to overturn the results of the 2020 election.

"We should be highlighting and celebrating your Administration's many accomplishments on behalf of the American people," DeVos wrote in her resignation letter, The Wall Street Journal reported Thursday.

"Instead we are left to clean up the mess caused by violent protesters overrunning the U.S. Capitol in an attempt to undermine the people's business. That behavior was unconscionable for our country. There is no mistaking the impact your rhetoric had on the situation, and it is the inflection point for me," she wrote. "Impressionable children are watching all this, and they are learning from us."

Despite her tough words for Trump, she was blasted on her way out the door.

Gov. Gretchen Whitmer (D-MI) posted a photo to Twitter of her wearing a T-shirt saying that Michigan apologizes to America for DeVos.