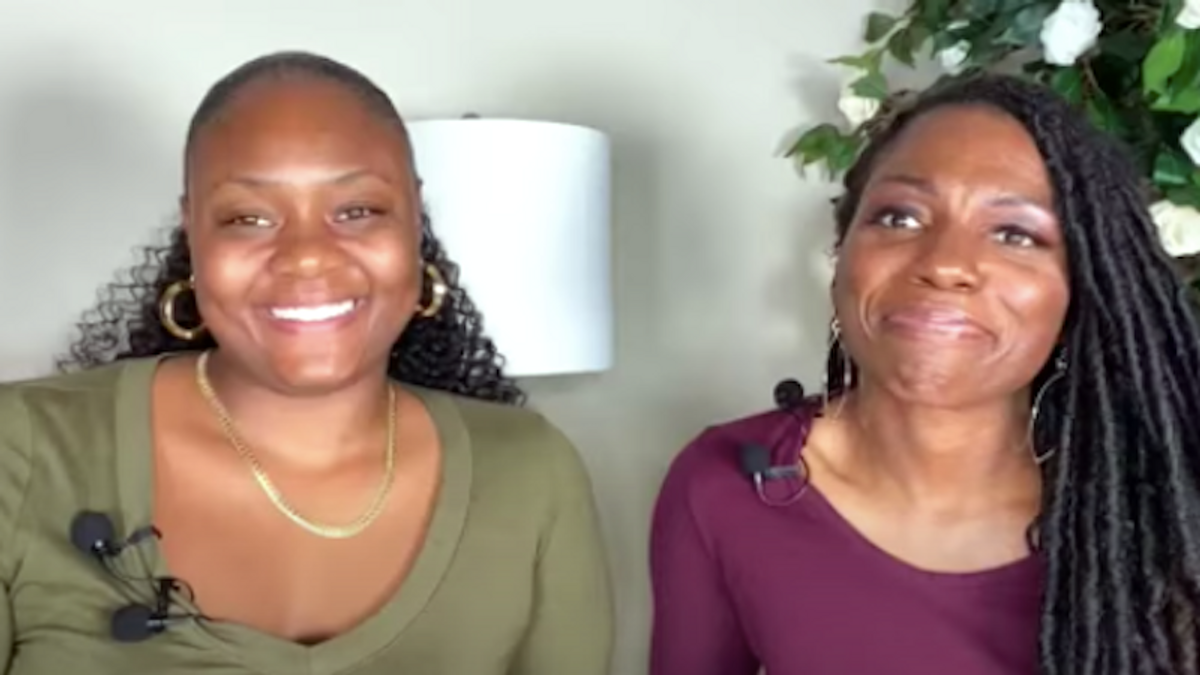 "They're like the hottest stars right now," said a source close to the case.

The pair pushed out misinformation about the 2020 election, which they claimed had been stolen from former president Donald Trump, and they have used members of the right-wing Proud Boys group as security guards during some of their anti-abortion protests.

"Those young men, every time I needed a security detail, they were there for me," Beatty told the Daily News.

The Proud Boys have been turning up at protests outside Planned Parenthood clinics since about 2017, according to the source, who said they're more interested in fighting than advocating against reproductive rights.

"They didn't care two bits about abortion, they just wanted to crack heads with Antifa and anarchists," the source said.

Beatty and Chavannes, who are Black, made news last year for allegedly vandalizing Black Lives Matter murals in Manhattan, and they linked up with the Proud Boys in June while preaching in a Seattle neighborhood occupied by activists protesting against police brutality.

"Proud Boys, we want to thank you guys!" Beatty said in a video from that time. "The same ones people call Nazis — them Nazis came and they stood.... them guys came strapped up, wrapped up, exercising their Second Amendment, holding it down for us, making sure we were safe. So kudos, God bless Proud Boys."

Beatty was with Proud Boys leader Enrique Tarrio, Chavannes and some other high-ranking Proud Boys on Election Night when she was stabbed, according to her, while the group tried to intervene in a robbery.

She was stabbed three times and two men were also stabbed in the incident, and she claims the assailants were three Black Antifa members, but no arrests have been made in the case.

The 29-year-old Beatty also claims Antifa was to blame for the riot at the Capitol, where she and the 40-year-old Chavannes were present but did not go inside.

"Yes we stormed the capitol, but we did NOT break in," Beatty said on Facebook. "Antifa did!"