Diner patron tells Fox News: 'Like it says in the Bible... America is supposed to be the city on the hill' 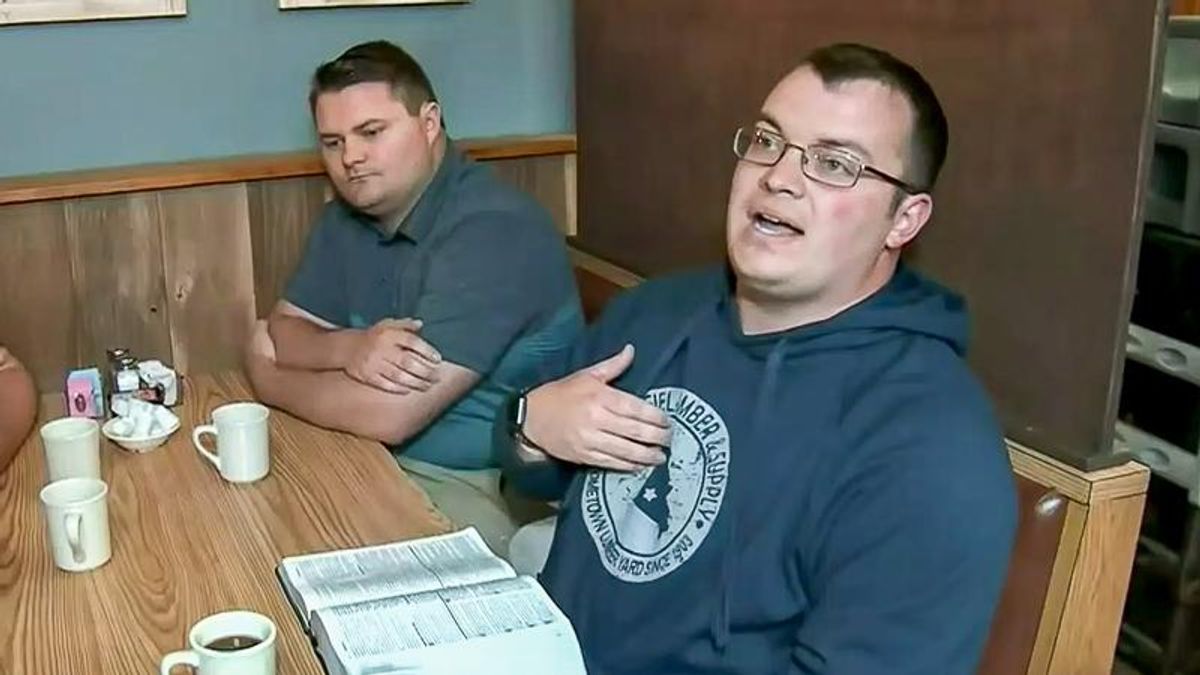 A patron at a diner in Marshfield, Missouri told Fox News on Wednesday that the Bible says "America is supposed to be the city on the hill."

Fox News host Will Cain talked to a group of men at the diner who are in a Bible study group together. A customer named Mitch spoke on behalf of the men.

"Tell me, what are your biggest concerns with the state of the country right now?" Cain asked.

"Obviously, you know, I'm concerned with the threat of gun control and illegal immigration," Mitch replied. "But my biggest concern as a Christian is the fact that, you know, decade after decade, fewer and fewer people are going to church, you know, claiming Jesus Christ as their lord and savior."

"And I also am concerned that people my age and people younger than me, I feel like, have lost the knowledge of American exceptionalism," he added. "And the fact that I do believe that we are the greatest country on the history of the Earth."

While the United States is not mentioned in the Bible, the book of Matthew does refer to a "city on the hill."

"You are the light of the world. A city that is set on a hill cannot be hidden," the passage reads.