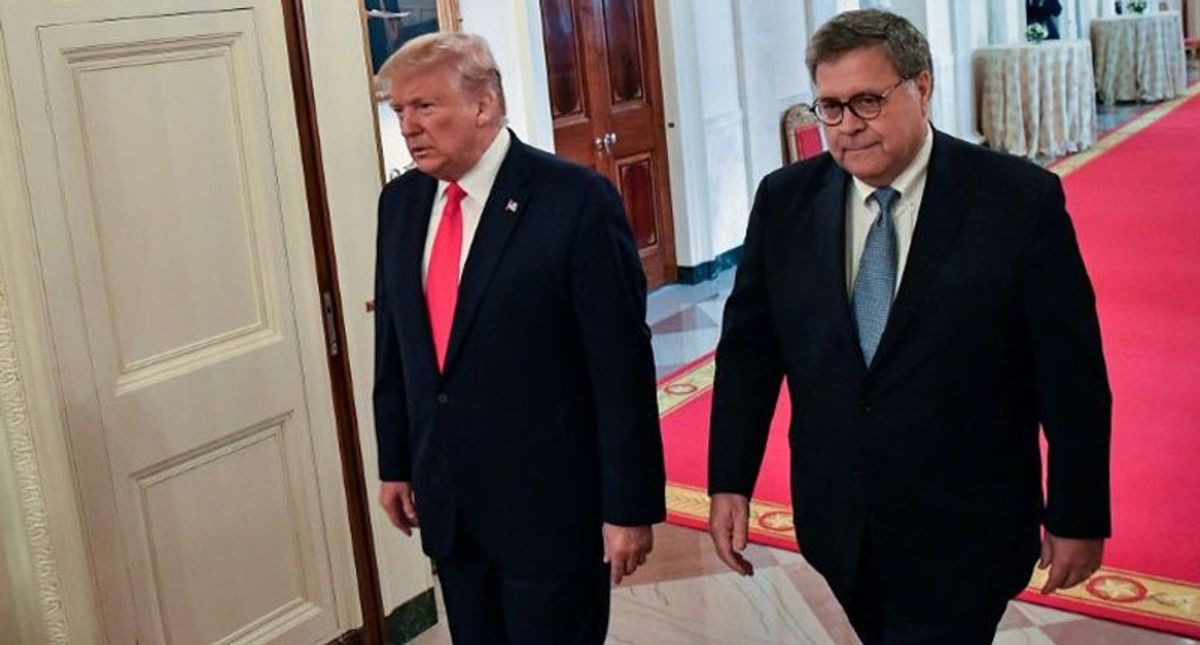 FBI directors are appointed for 10-year terms by the president but when Trump came into office, he asked then-FBI director James Comey for his "loyalty," according to Comey's account. When Comey refused to pledge allegiance to Trump, he was shoved out, and replaced by Christopher Wray. But Trump nearly shoved out Wray in spring 2020 -- just three years into his term.

"Ushered into the Roosevelt Room, Barr encountered Johnny McEntee, the former college quarterback who had become a top Trump aide," the story said. "McEntee introduced Barr to Bill Evanina, a top counterintelligence official in the administration who had previously worked at the FBI."

Barr asked what the point of the meeting was, but was then told that Evanina could be the replacement for Wray if Trump decided to fire him.

"Barr turned on his heels and left the room," said the report. "The episode, which has not been previously reported and was described to Insider by a person briefed on the matter, was seen in some corners of the Trump administration as the closest Wray came to getting fired."

The plot also involved firing Deputy FBI Director David Bowdich. That was when Barr threatened to resign, said the source briefed on the meetings.

Wray, a Trump nominee, is still heading up an FBI that is focusing on white supremacy, domestic terrorism and the attack on the U.S. Capitol by Trump's supporters.