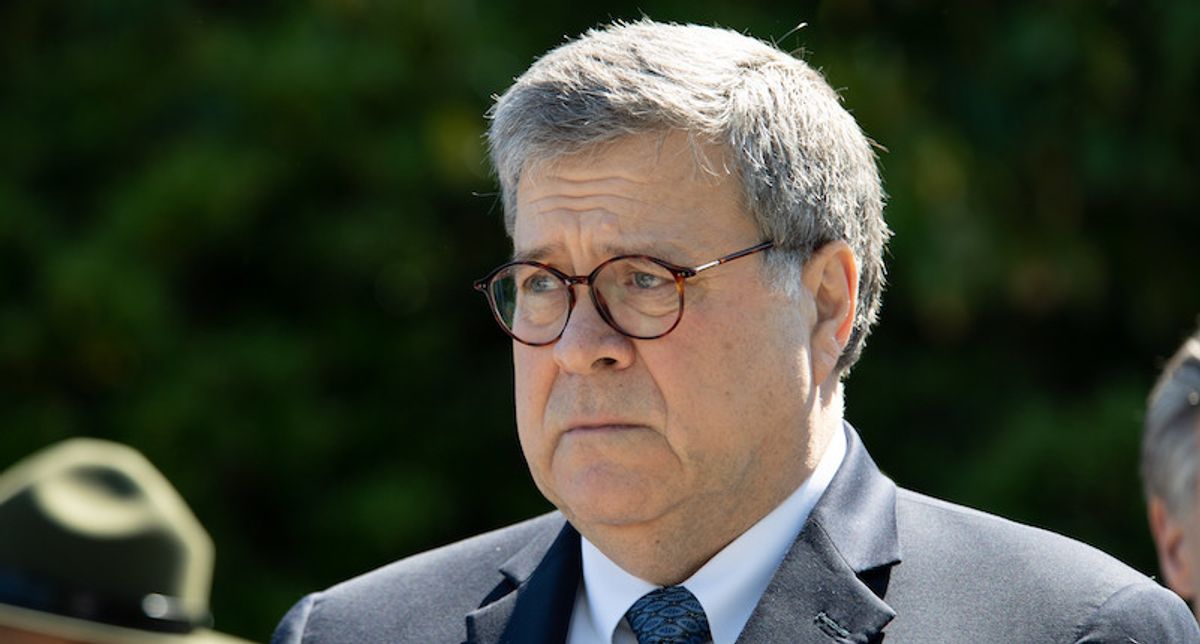 The records taken include the numbers, times, and duration of every call made to and from the targeted phones between mid-April and late July 2017, but do not include what was said, the newspaper reported. DOJ officials also obtained, but did not execute, a court order to access the reporters' work email accounts. Those records would have indicated the dates and addresses of emails sent to and from the journalists during that three and a half month period.

"The letter does not state the purpose of the phone records seizure, but toward the end of the time period mentioned in the letters, those reporters wrote a story about classified U.S. intelligence intercepts indicating that in 2016, Sen. Jeff Sessions (R-Ala.) had discussed the Trump campaign with Sergey Kislyak, who was Russia's ambassador to the United States," the Post noted.

Justice Department officials would not say if that reporting was the reason for the search of journalists' phone records. Sessions subsequently became President Donald Trump's first attorney general and was at the Justice Department when the article appeared...
It is rare for the Justice Department to use subpoenas to get records of reporters in leak investigations, and such moves must be approved by the attorney general. The letters do not say precisely when the reporters' records were taken and reviewed, but a department spokesman said the decision to do so came in 2020, during the Trump administration. William P. Barr, who served as Trump's attorney general for nearly all of that year, before departing Dec. 23, declined to comment.

Officials in President Joe Biden's Justice Department, tasked with notifying the reporters about records that were obtained during the Trump administration, tried to justify the collection of journalists' phone records, claiming that it was part of what department spokesperson Marc Raimondi called "a criminal investigation into unauthorized disclosure of classified information."

"The targets of these investigations are not the news media recipients but rather those with access to the national defense information who provided it to the media and thus failed to protect it as lawfully required," said Raimondi.

First Amendment advocates were highly critical of the DOJ's decision to seize journalists' communications records in an attempt to identify the sources of leaks, saying the practice dissuades citizens from sharing information that can help reveal the truth, hold the powerful accountable, and improve the common good.

"This never should have happened," the American Civil Liberties Union tweeted. "When the government spies on journalists and their sources, it jeopardizes freedom of the press."

The Justice Department shouldn't go spying on journalists at the whims of an administration. This should never ha… https://t.co/f9hctFCglf
— ACLU (@ACLU)1620433260.0

The Post noted that "both the Trump and Obama administrations escalated efforts to stop leaks and prosecute government officials who disclose secrets to reporters."

As the newspaper explained:

During the Obama administration, the department prosecuted nine leak cases, more than all previous administrations combined. In one case, prosecutors called a reporter a criminal "co-conspirator" and secretly went after journalists' phone records in a bid to identify reporters' sources. Prosecutors also sought to compel a reporter to testify and identify a source, though they ultimately backed down from that effort.

In response to criticism about such tactics, in 2015, Attorney General Eric H. Holder Jr. issued updates to the rules about media leak investigations aimed at creating new internal checks on how often and how aggressively prosecutors seek reporters' records.
In response to Trump's concerns, Sessions and others discussed changing the rules to seek journalists' phone records earlier in leak investigations, but the regulations were never changed.

However, "in early August 2017—days after the time period covered by the search of the Post reporters' phone records—Sessions held a news conference to announce an intensified effort to hunt and prosecute leakers in government," the Post noted.

Bruce Brown, executive director of the Reporters Committee for Freedom of the Press, called on the Justice Department to explain "exactly when prosecutors seized these records, why it is only now notifying the Post, and on what basis the Justice Department decided to forgo the presumption of advance notification under its own guidelines when the investigation apparently involves reporting over three years in the past."

Rep. Ted Lieu (D-Calif.), meanwhile, described the seizure of the three Post journalists' phone records as "a direct attack on the First Amendment by the Trump Justice Department."

"Anyone who was involved in this authoritarian style intimidation and is still at the Justice Department should be fired," the lawmaker said, adding that "history... is not going to be kind to Bill Barr."