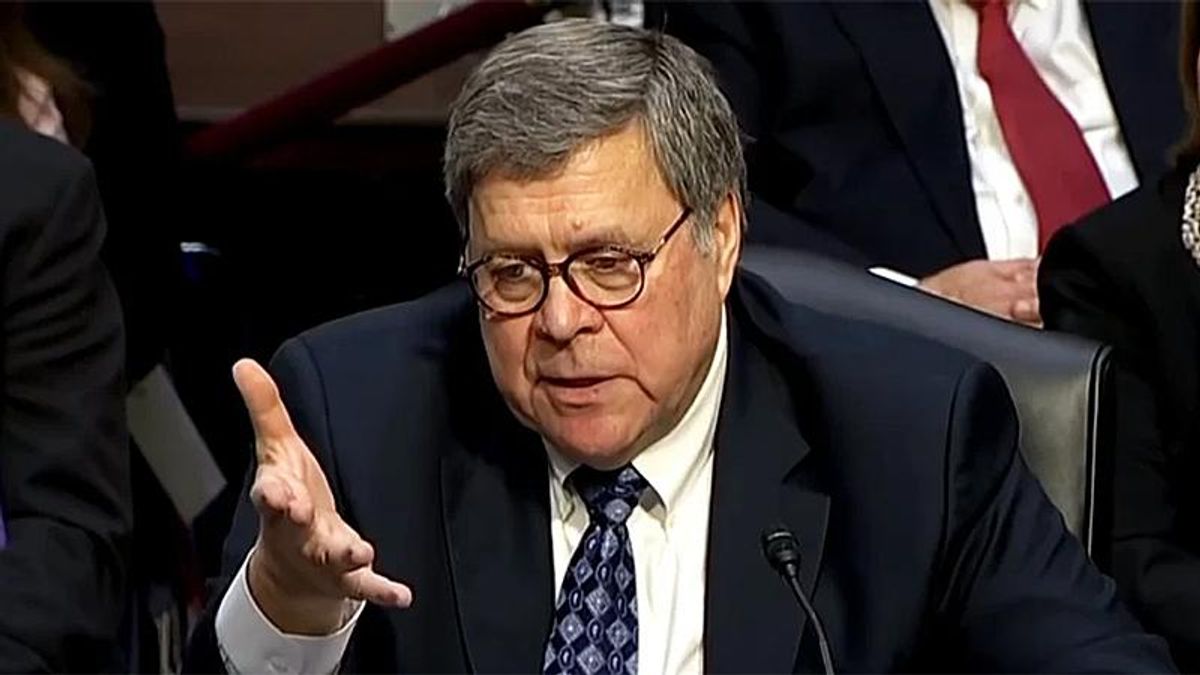 Attorney General William Barr had his final press conference as his tenure in President Donald Trump's administration comes to a close. Barr tried to dispel any myths being spread about election fraud and other conspiracy theories spread by Trump and his personal legal team. But according to one former federal and state prosecutor, it's "too little, too late."

"Easy to find your principles on the way out the door. Where was any of this throughout the prior two years of dishonesty and political cronyism?" asked Elie Honig.

Barr spent the better part of his time in the administration covering for Trump and ushering in his bizarre belief that a president has absolute authority over all of government. When Barr came into office he was celebrated as the "adult in the room," but he proved to be one of the most dangerous figures in the Trump administration, according to his critics.

See the comments on Barr's presser below:

Of course that won't stop Trump from appointing his own "White House Special Counsel" which is all Trump really nee… https://t.co/jgFJ7X5mrP
— Shanlon Wu (@Shanlon Wu)1608572613.0

He knows he’d have to convince a federal judge there was probable cause to believe a crime had been committed to ge… https://t.co/12m7Ogxw6f
— Joyce Alene (@Joyce Alene)1608568075.0

When Bill Barr says there is zero election fraud and nothing to see on Hunter - it’s his way of telling Trump & Adm… https://t.co/otFoSlCgVl
— Andrew Werthmann (@Andrew Werthmann)1608581190.0

Um. #BillBarr at the @TheJusticeDept after betraying the country for a couple of years. https://t.co/4bqMRoWOWl
— Mark Fulop (@Mark Fulop)1608581219.0