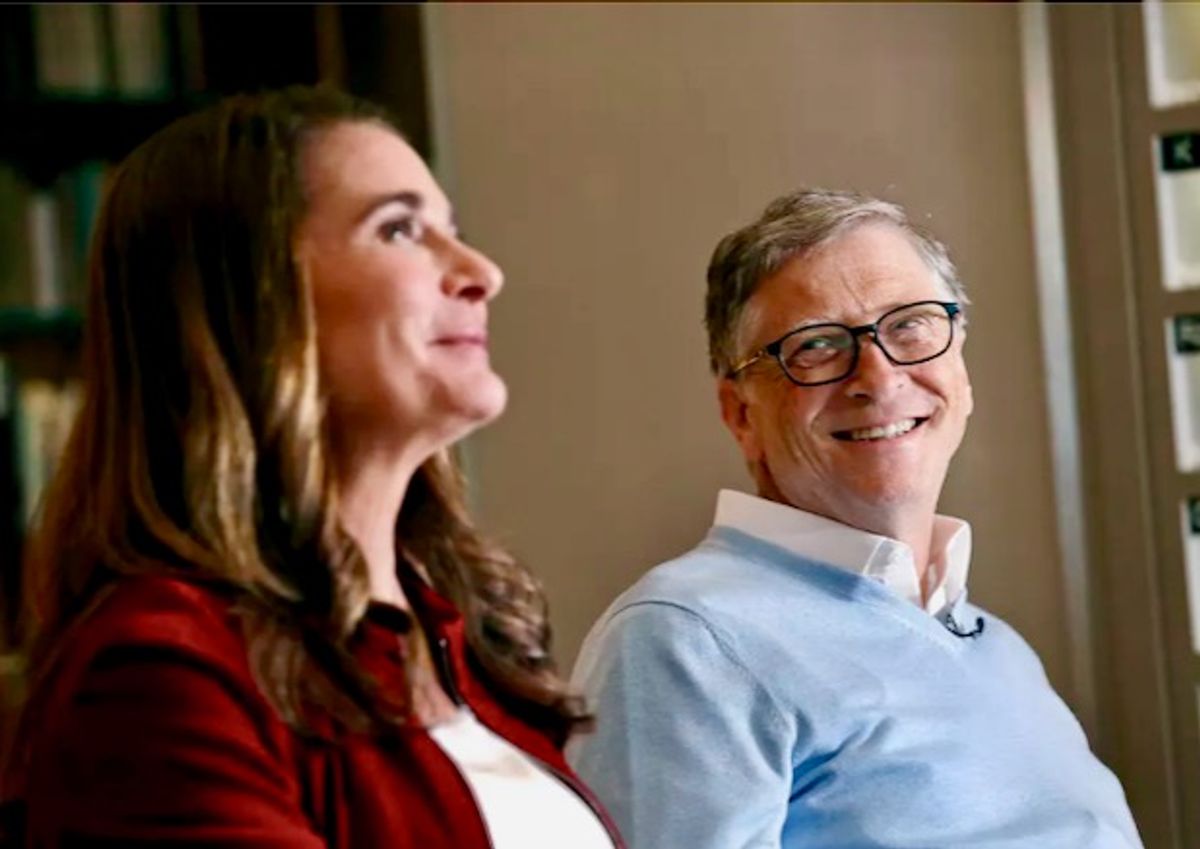 Bill Gates looks to his wife Melinda as they are interviewed in Kirkland, Washington, in February 2019. Elaine Thompson/AP

According to a report from the Wall Street Journal, Melinda Gates -- wife of Microsoft founder Bill Gates -- began seeking legal advice for a possible divorce two years ago.

The report states that the wife of the billionaire technology pioneer became concerned after her husband's ties to accused pedophile Jeffrey Epstein had become public.

"Ms. Gates consulted with divorce lawyers roughly two years before she filed for divorce from Mr. Gates, saying their marriage was 'irretrievably broken,' according to people familiar with the matter and documents," reviewed by the Journal

The report went on to state that "One source of concern for Ms. Gates was her husband's dealings with convicted sex offender Jeffrey Epstein, according to the people and a former employee of their charity, the Bill & Melinda Gates Foundation. Ms. Gates's concerns about the relationship dated as far back as 2013, the former employee said," before adding, "According to the documents reviewed by the Journal, Ms. Gates and her advisers held a number of calls in October 2019 when the New York Times reported that Mr. Gates had met with Mr. Epstein on numerous occasions. Mr. Gates once stayed late into the night at Mr. Epstein's Manhattan townhouse."

Back in 2019, Bill Gates released a statement saying he "regrets ever meeting with Epstein and recognizes it was an error in judgment to do so."

The report notes that Melinda Gates' discomfort with Epstein -- who later died in a New York City jail while awaiting trial -- dated back to 2013, with the Journal adding, "Mr. Gates and some employees of the Gates Foundation continued a relationship with Mr. Epstein despite her concerns."