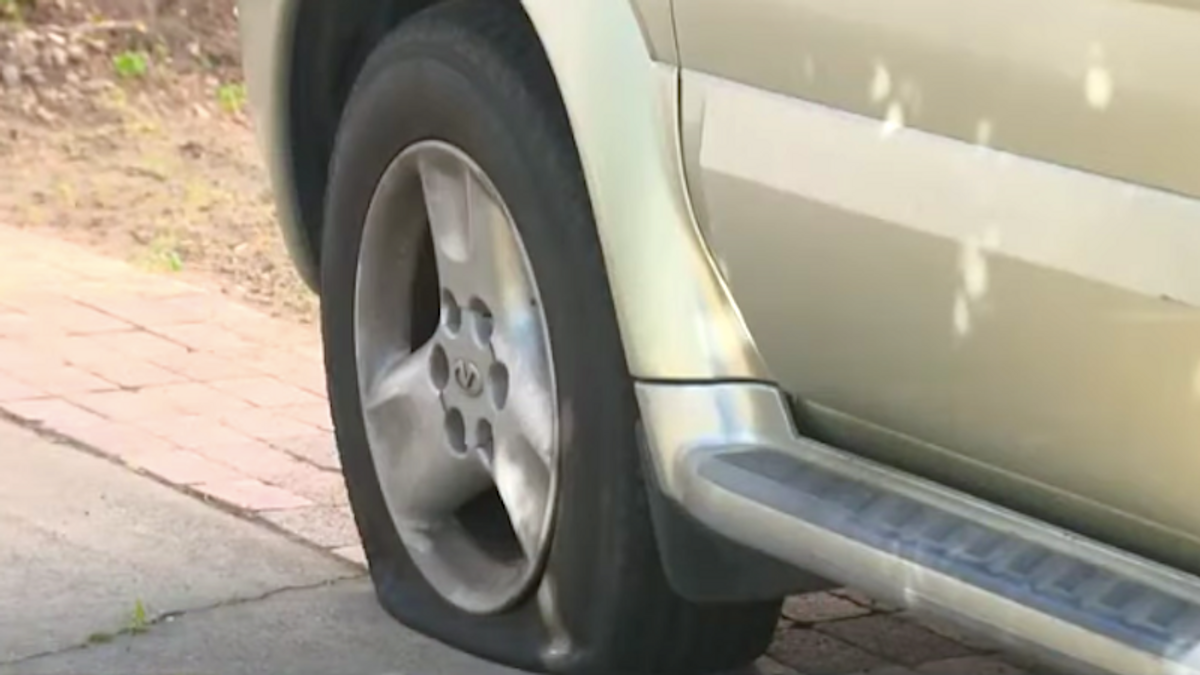 One victim found the damage Tuesday morning in the Elmhurst neighborhood of Sacramento, and he suspects the vandalism is linked to the signs in their yards, reported KCRA-TV.

"I came out, and I'm getting ready to put my tools in my car, and I go to unlock it and I feel like I'm a little taller than my car," said victim Jason Dillard. "I don't have enemies. I'm a stand-up guy and I'm a good person."

At least three other residents have had their tires slashed since the start of this year, and all of them had Black Lives Matter signs outside their homes.

"It's not just me that it's happened to," Dillard said. "Other people that have the Black Lives Matter signs."

Police confirmed they're investigating the matter but declined to say how many cases had been reported.

"A detective has been assigned to determine if there is any connection between these vandalisms," police said in a statement. "The Sacramento Police Department urges the community to report any suspicious activities in the area."

Sacramento residents with BLM signs had their cars vandalized www.youtube.com