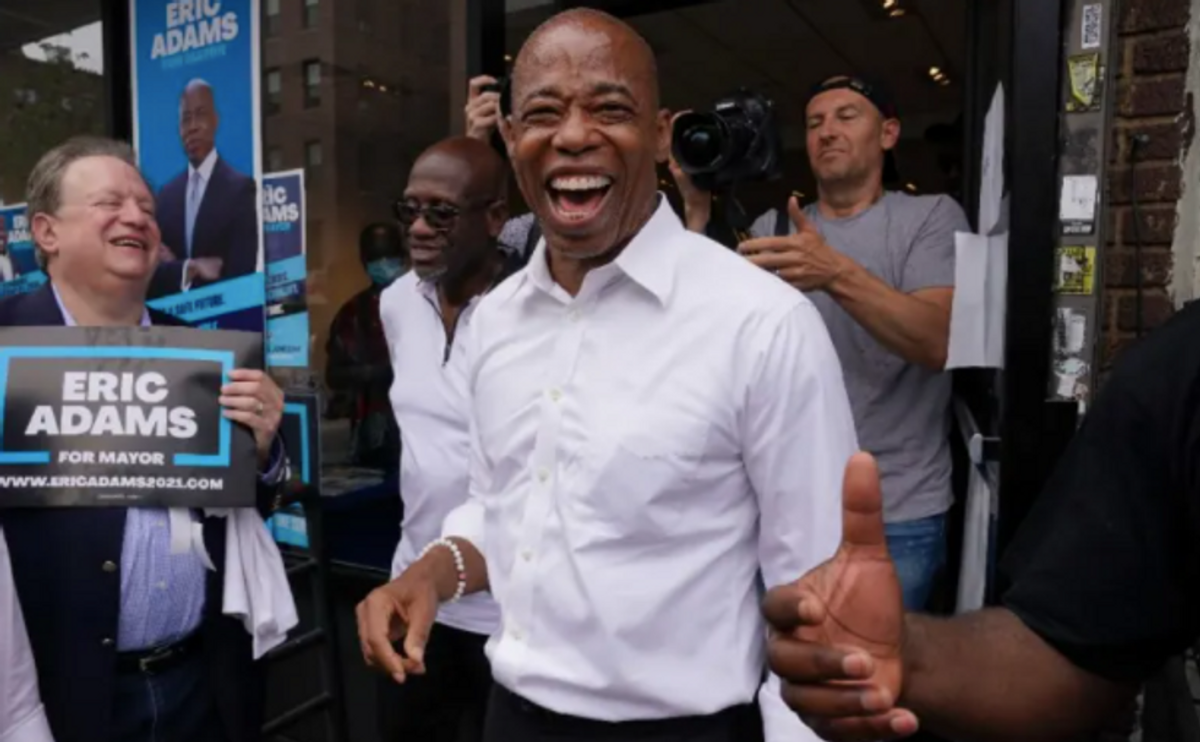 Respectable white commentators are confused, shocked and surprised by Black politics. They are unwilling to grant Black voters the full range of political complexity and unprepared to accept American conservatism in its white simplicity.

On the left and the right, white political commentators assume that Blackness exists in a political monoculture. Black Americans are constantly treated as a hive mind, an amalgamation that has no individual thought. Regardless of the geography, the history or even the openly expressed sentiments, Black Americans are assumed to be wildly liberal—crafting disappointment from white progressives and evoking confusion in white conservatives when our voting patterns diverge from the conventional wisdom.

While some of the imagined liberalism is undoubtedly the product of seeing a 90 percent Black voting rate for Democrats over the decades, much of white political observation is simply shallow and disinterested in anything other than a narrative of Black subservience to white liberalism. Black people aren't voters to be won over, constituents to serve or diverse communities with interests. We are a monolith, a collective, an entity with simple demands to be present and visible but little more.

The results of this racist thinking litter our politics. For white conservatives, it manifests in tokenism and in calls to depart from the "Democrat plantation," where we are "enslaved" by white leaders who take us for granted. For white progressives, this manifests in recrimination, denial and even attacks on Black leaders and political organizations that won't "vote in [our] best interests," as white progressives see them.

All of it comes from failing to recognize Black people as human, refusing to accept our story in this country and neglecting to learn about our demands and needs in our current political culture. Like every other manifestation, white supremacy in politics has no use for embracing or understanding Black people, only for subjugating us.

Black voters have some of the most sophisticated political approaches possible, because of the fragility of our social, economic and electoral position in the national fabric. We are able to recognize we are vulnerable, because this country was not built for us, and yet we understand that we are essential to its survival. We are the largest investors in the development of the United States, and the least compensated with its bounty and opportunity. We have been in the country since its origins, but have only lately achieved a platform to speak our piece. This dichotomy forces Black voters to both reform the system and secure a place within it, because we cannot achieve the former without the latter, and we cannot build on the latter without the former. In short: many Black people want to upend the system only enough to take our stake.

This centuries-long effort has required radicalism as well as conservatism, as every movement to settle Blackness as Americanness has come with white backlash. Black voters are constantly assessing what will be acceptable to white voters and designing our support to maximize the benefit to us while minimizing the inevitable backlash.

This is why Barack Obama did not gather significant Black support until after his victory in the lily-white Iowa caucus. This is why Joe Biden was able to consolidate the Democratic Party behind him after a victory in the South Carolina primary. This is how Black people can march in the streets against police misconduct and brutality as well as support a former cop who was railroaded out for fighting from the inside.

What unnerves respectable white commentators is not the unexpectedness of Black conservatism, but the nimbleness with which the Black American approach to politics achieves its goals. It is this flexibility that allows Black voters to read political headwinds while adjusting accordingly to move ourselves forward. Our selections are designed for Black optimization in the context of certain blowback. We neither fantasize nor fatalize politics and we are disinclined to reward politicians who do. Black voters distinguish themselves with their ability to build political alliances not in agreement around policies, or figureheads, but in clear opposition to white supremacy.

It is here that radicalism and Blackness become conflated, because white supremacy is so deeply embedded in American conservatism that any opposition to it is recast as radical. For four decades, Republicans tied their party to conservatism and refined the meaning of conservatism to mean white supremacy. Frugality, moderation and national defense became austerity, revanchism and militaristic nationalism. The GOP insisted these "principles," and the policies spawned in their defense, were exclusively for the benefit of white Protestants and were designed for only that purpose.

The entire white political structure—whether theorist or politician, voter or observer—has largely accepted that conservatism is white supremacy and white supremacy is conservatism. It has erased nuances of Black political thought, flattened or ignored serious differences between Black political traditions and communities, and it has insisted on seeing us as the recipient of politics rather than as powerful agents of it.

Because the consensus of the majority around white supremacy is politically simple, the Black consensus against white supremacy must seem the same. But it is only white people choosing to see Black Americans as a monolith that makes us appear as one.

Black Americans are separated by region and age, geography and history, diaspora and community; we are only aligned in our oppression. Politically, when it comes to tactics, aspirations and the strategies that bridge them, Black people are a rainbow of opinions. Just like any group of human beings trying to live lives that matter.