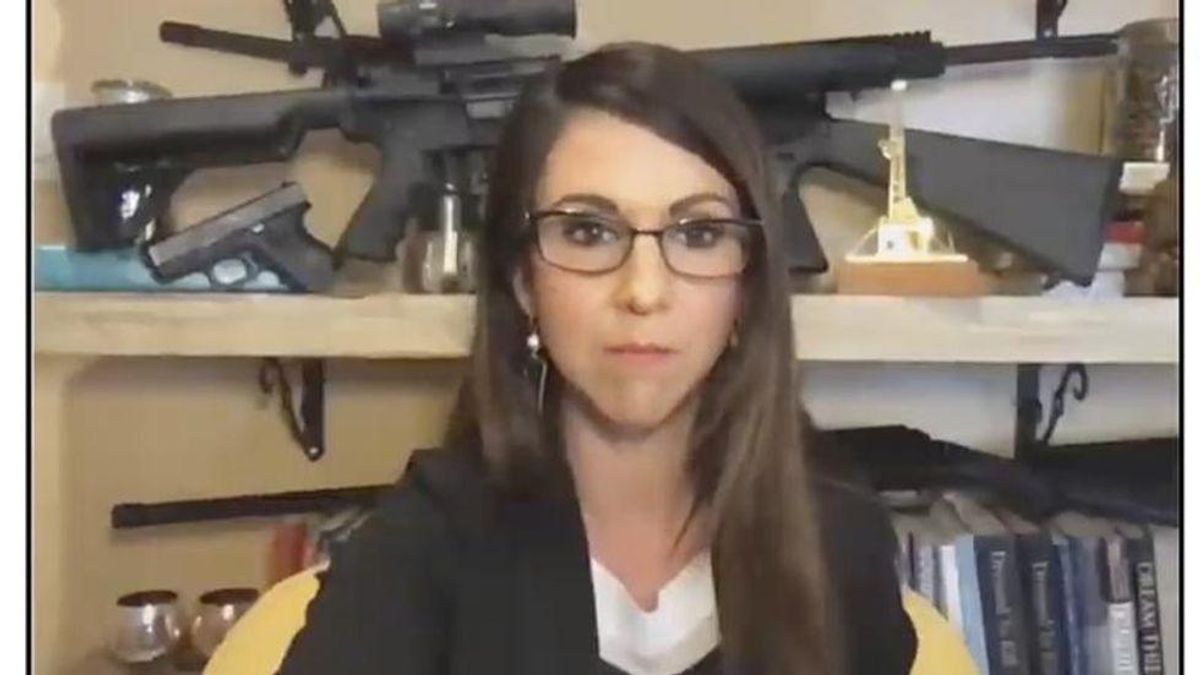 Reacting to a report that an Alabama reporter who became well-known for breaking the story that former President Bill Clinton met with former Attorney General Loretta Lynch on a tarmac back in 2016 may have committed suicide, Rep. Lauren Boebert (R-CO) attempted to resurrect the longtime conspiracy rumor that the Clintons have their enemies murdered.

That led to the conspiracy-minded Boebert to dig up an old Fox News clip where Sign reported that his life had been threatened.

According to the conservative lawmaker, "Why is it that so many who cross the Clinton Crime Syndicate end up dead?"

And that, in turn, led critics of Boebert to roll their eyes at her for latching onto another conspiracy -- as you can see from the comments below:

@laurenboebert 100% of the people in the Millard Fillmore administration ended up dead. COINCIDENCE?
— Dreamweasel (@Dreamweasel) 1623597993.0

@laurenboebert I never know if the Sunday tweets are still drunk ones or hungover ones?
— TurnCO3blue (@TurnCO3blue) 1623600608.0

@laurenboebert Any tweet from Boebert speaking of something she knows nothing about. Clearly, a GED has its limits.
— Kevin (@Kevin) 1623599056.0