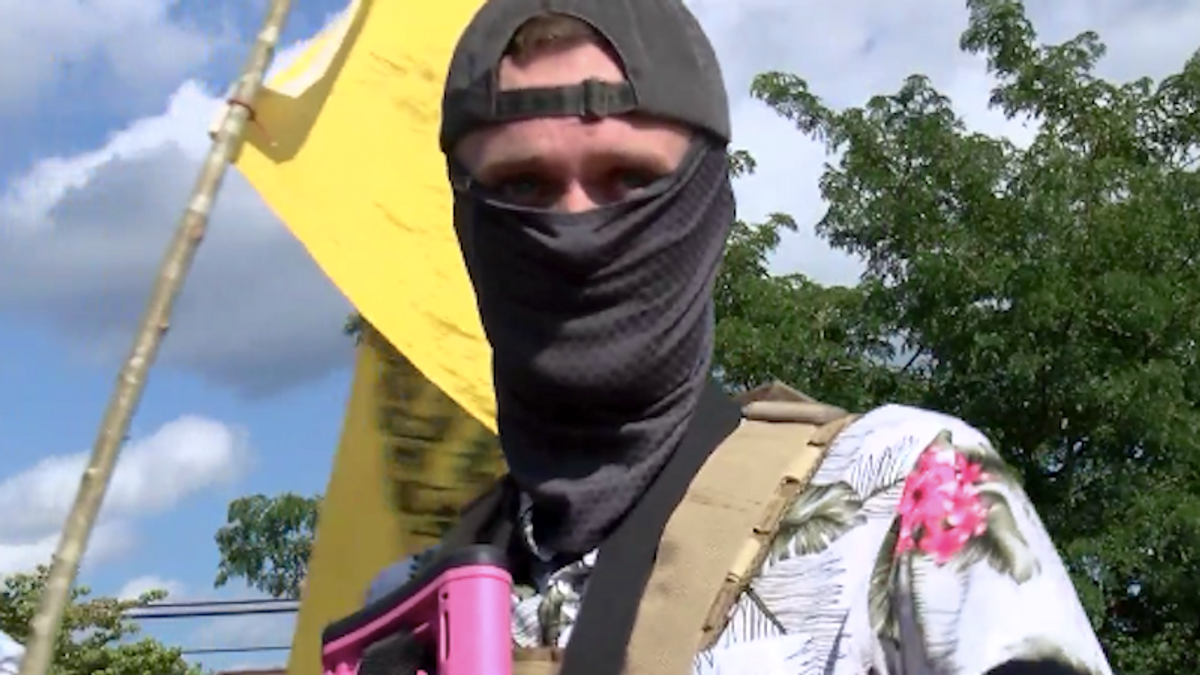 A criminal complaint filed Tuesday alleges that the 26-year-old Lijbers was a member of a Facebook group that included notorious "Boogaloo Bois" Steven Carillo, an Air Force sergeant who is charged in a series of police killings in June; Benjamin Ryan Teeter, a North Carolina man who pleaded guilty to conspiracy charges for trying to provide material support to Hamas; and Ivan Harrison Hunter, a Texas man charged with rioting for firing an AK-47-style rifle into a Minneapolis police station during the Black Lives Matter demonstrations.

Lijbers was first identified in July during an FBI investigation of the Boogaloo movement, a loosely organized cohort intent on provoking a second civil war through random acts of violence, and authorities executed search warrants that found the Dutch national using the "Marvin Dorner" alias on Facebook to communicate with Hunter and Teeter about sparking unrest in Minneapolis.

Investigators said Teeter intended to pick up Lijbers on his way to Minnesota, but Lijbers got stuck at work, so they remained in contact online and coordinated efforts to provoke violence during protests over Floyd's killing.

Lijbers was unable to find a ride to Minneapolis so he instead brought a gun and a Boogaloo-themed sign to a local demonstration in Virginia, and he gave an interview with a local TV channel at an anti-Ku Klux Klan protest in August.

He deleted the "Dorner" profile over the summer and started using a new alias, "Jaxson Lynch," which he also used on the Discord app popular with right-wing extremists, and federal investigators found his contact information in Hunter's phone under "jax" after the Texas man's arrest.

That break allowed investigators to piece together Lijbers' real identity and found he had overstayed his three-month visitor's visa by nearly seven years, and they raided his home this week.