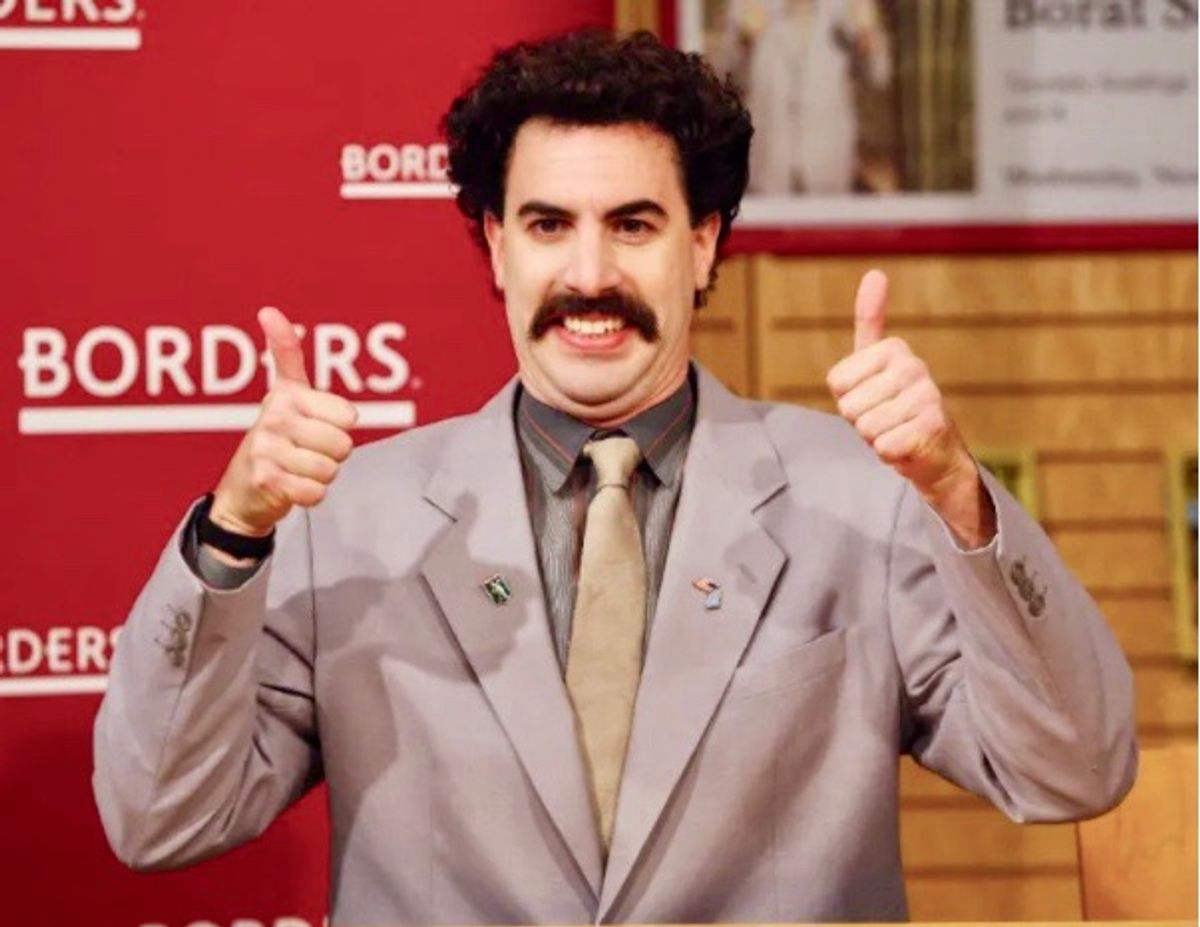 The actress who played Borat's daughter in the recent sequel to the hit comedy film was able to "hoodwink" her way into the White House.

The director of "Borat Subsequent Moviefilm" told The Daily Beast that sneaking Bulgaria actress Maria Bakalova, who played the character "Tutar," into the White House proved surprisingly easy with the unwitting help of the right-wing One American News outlet and its correspondent Chanel Rion.

"We did a lot of shooting, so the OAN stuff was something where we were saying, let's see if we can get Tutar in the White House -- let's just try it," said director Jason Woliner. "We had been able to make contact with OAN and we knew we had a window of time before Maria's name would be public. You can't go to the White House without giving your real ID, so we knew that Maria would not be able to do something like that for very long."

"OAN was extremely easy to hoodwink," he added. "They're not a real news organization, they're a propaganda organization, and so we got her into the White House with Chanel Rion -- no COVID test required -- and she was at a gaggle with Larry Kudlow and she was in the briefing room, and you could actually see — and I don't think this was in the little clip that we put out — but that day, [Jared] Kushner was doing an interview on the White House lawn with Fox Business, and you can just see Tutar, Borat's daughter, wandering around in the background of the shot, and so it was one of those things we were just like, yeah, let's send her in and see what we get out of it."

The White House scenes didn't even make it into the final cut, Woliner said.

"Yeah, it is crazy," he said. "When you put it like that, it's pretty amazing we were able to get Borat's daughter in the White House, in the press briefing room during a pandemic. We gave her a COVID test, and then a week later, I think it was a week after she was there, there was that first massive Rose Garden party outbreak, where everyone on staff caught COVID and just showed how insane the situation is there in terms of safety."