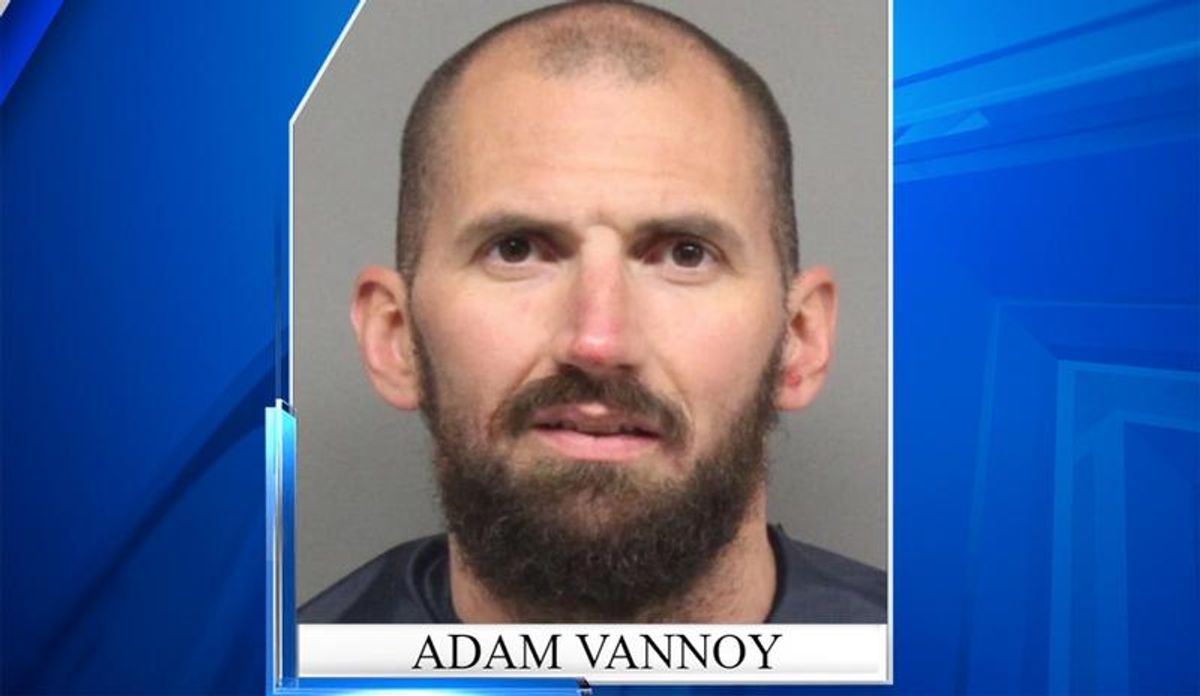 When an Iowa sporting goods store turned "heavily armed and agitated" Adam Vannoy over to the ATF after refusing to sell him an AR-style assault rifle -- and the feds arrested him -- it certainly qualified as a news story.

Vannoy, a Nebraskan, had said, "he was surprised his friends didn't suspect he was the Boulder mass shooter" and that he had 500 rounds of ammunition in his truck. So the Sportsman's Warehouse store in Ankney, Iowa did the right thing by calling the feds after rejecting Vannoy. You don't see that every day.

That reporting -- from federal charges filed Friday -- came from weareiowa.com in nearby Des Moines. But while the local folks can be forgiven for focusing on their hometown gun-store angle, the much larger story for those of us "who are not Iowa" can best be summed up with the following question: "How the hell was this guy free?"

You see, it turns out that six days before Sportsman's Warehouse made news, there had been this:

"The Nebraska State Patrol initially arrested the self-described firearms enthusiast, Adam Vannoy, 40, on March 14 on Interstate 80 in Lancaster County. Another driver had called police to report he was driving recklessly at about 120 mph," weareiowa.com reported.

"During a search of his packed truck, troopers seized a handgun from Vannoy's jacket, a loaded AR-style semi-automatic rifle with an illegal silencer, four other firearms, ammunition, a bulletproof blanket and vest, two brown wigs and an Air Force costume. They also found marijuana."

And it gets worse.

"Vannoy said his truck was packed with all of his belongings, including the wigs and Air Force costume, since he was abruptly leaving Colorado. Records show he told a Nebraska trooper during the stop that he was leaving Denver because his neighbors didn't like him, he had a mental breakdown and quit his job. He told the trooper that he would use his time in jail to "think about getting even with people," a remark the trooper viewed as threatening."

Then it even gets even worse.

"They jailed the Denver man on weapons and drug charges. He was released after posting $5,000 bond on March 17, even though he threatened to kill a guard, exposed his penis to guards and threw feces from his cell into a common area, according to a federal complaint unsealed Friday."

Now there's something to unpack. The legal system knew this guy had an arsenal of weapons and ammunition -- some illegal and some military-grade -- and a wardrobe that screamed out "disguised killer dressed as an Air Force guy." It also knew that by his own account he was mentally broken down and vengeful.

So what does the system do after state troopers lock up this terrifying lowlife and after he goes full psycho-exhibitionist-coprophilic in jail?

Really? Did he say "have a nice day" to the guard he had threatened to kill on the way out? If Vannoy were Black, just the minor pot charge likely would have had jailed definitely on $5,000 cash bail, not bond.

But lest you think the judicial system is too alarmed by Vannoy, this is the best you get:

"Vannoy made an initial court appearance in Iowa on Friday afternoon. U.S. Magistrate Judge Stephen Jackson ordered Vannoy temporarily detained pending further proceedings, including a potential transfer to face the charge in Nebraska. He also ruled that Vannoy qualified financially to be represented by a lawyer at federal taxpayer expense."
SmartNews Guns
Report typos and corrections to: corrections@rawstory.com.
READ COMMENTS - JOIN THE DISCUSSION