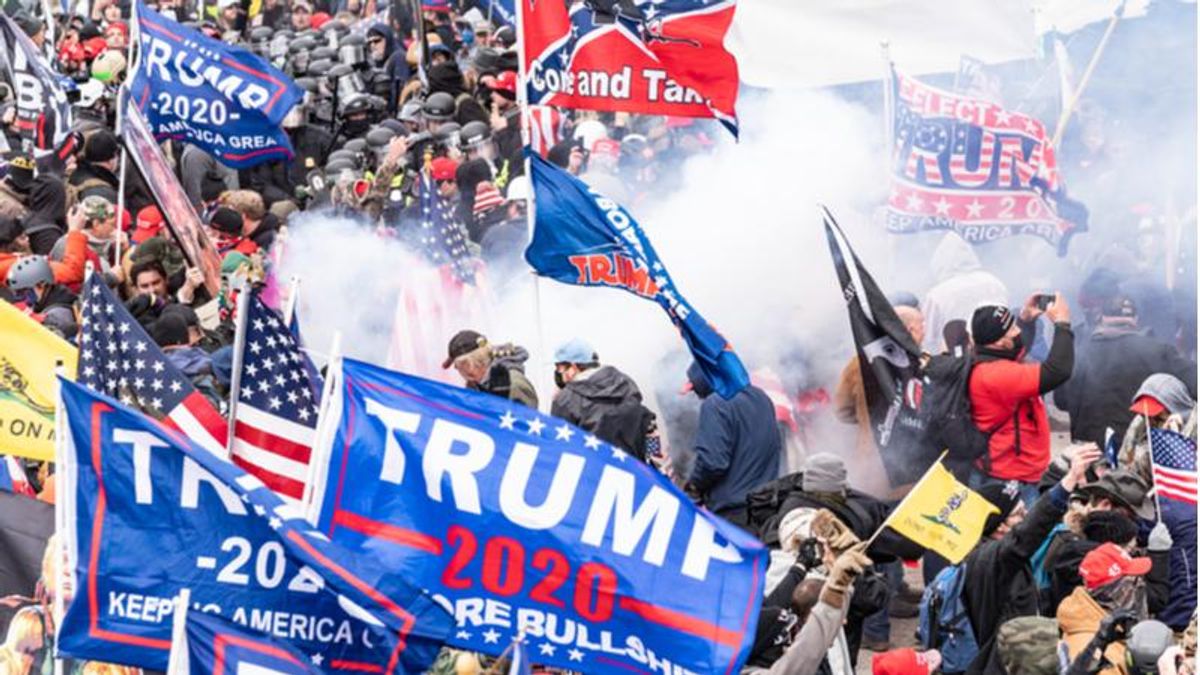 After news broke that a founding family member of the Publix supermarket chain donated $300,000 to the Trump rally that preceded the Capitol attack on Jan. 6, people who frequented the stores are parting ways, according to a report from The Guardian.

"It was the last straw," Wendy Mize, 57, told The Guardian. "Insurrection at the Capitol, images of the police officer with his head being crushed, individuals dressed as Vikings on the floor of the Senate… we're not going to call this normal. [Publix] are a private company and it is their business how they want to contribute their money, but it's also my right to decide where I want to spend my dollars."

Actress Rosanna Arquette tweeted her support for the boycott on Monday:

The Publix chain, which is dominant in Florida, prides itself on a family-friendly image. But the company and its founders have a history of donating to partisan, conservative causes. Most recently, the chain donated $100,000 to a political action committee pushing for Florida Gov. Ron DeSantis's re-election in 2022. DeSantis later awarded Publix an exclusive contract to distribute COVID-19 vaccines in numerous stores.

"This is, plain and simple, dirty pay-to-play politics, corruption made possible by having a manipulative governor who kept COVID-19 infection data secret and is now doing the same with vaccine distribution," the Miami Herald columnist Fabiola Santiago wrote. "He isn't working for us, but on behalf of his re-election campaign. And this is exactly the type of politician Publix aids and abets by financing their careers."

Despite the contract to distribute the vaccine, the chain has been lax at enforcing mask-wearing in some areas of Florida.

"They were very slow adapting to the pandemic, and the new pandemic rules," author Craig Pittman told The Guardian. "But the thing with Publix is it does lots of little things that people like, they make a big deal of the fact they'll carry your groceries to the car and won't accept the tip, they give free cookies to the kids in the bakery, if you ask for a sample they'll give it to you no questions asked.

"So for a long time people have been willing to overlook some of the less savory aspects of the story, a number of sexual and racial discrimination lawsuits filed by employees, and this whole thing about them or their heirs donating to various politicians," he added.