‘We would like a DeSantis’: Idaho Republicans turn on their own governor as extremists take over 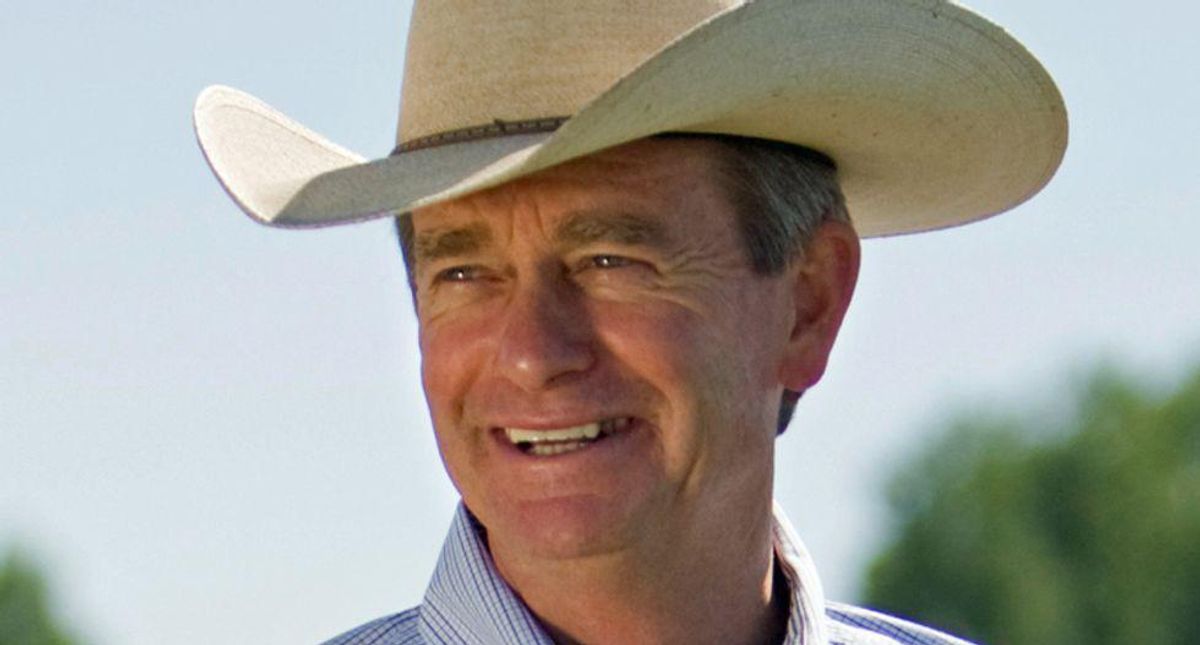 The coronavirus pandemic has splintered Idaho's Republican Party, where the state's GOP governor is facing a primary challenge from the lieutenant governor.

Gov. Brad Little has enraged the state's conservatives, including Lt. Gov. Janice McGeachin, by issuing a stay-home order and directed residents to wear masks in public, which prompted menacing protests outside government offices and a direct challenge to his authority, reported Politico.

McGeachin issued a statewide order last month, while briefly serving as interim governor while Little traveled out of state, that banned local governments from enforcing mask mandates, which the elected governor rescinded upon his return -- and the two will face off in next year's Republican primary.

"We are so bipolar right now," said Butte County GOP chair Kay Lynn Smith. "We are one of the big strongholds for the ultra-conservatives and they're looking to make this their kingdom. Moderates and a lot of the people who had the money and the power are aging out and losing interest. They're not interested in supporting a party with radicals."

McGeachin, who was elected on her own ticket under Idaho's election rules, comes from the populist fringes that have gained even more influence in the Donald Trump era, and Republicans across the country have turned cautious governors like Little and Ohio's Mike DeWine in favor of Florida's Ron DeSantis, who ordered few precautions to halt the spread of the deadly coronavirus.

"A lot of people were saying he's not DeSantis enough," said GOP strategist China Gum. "DeSantis is a lot more symbolic of what Idaho Republicans want. I don't understand why Brad Little has been more California in his approach, more shut-down on this issue."

Idaho's conservatives were delighted when DeSantis became the first government to essentially prohibit local governments from imposing their own mask mandates, and McGeachin cited that move when she briefly took over for Little.

"Half the party or more is on the DeSantis train," said Boise County GOP chair Eric McGilp. "We would like a DeSantis."

Right-wing agitator Ammon Bundy, who took part in standoffs against federal agents at his father's Nevada ranch and the Malheur National Wildlife Refuge, will also challenge Little in the GOP primary after leading confrontational protests against coronavirus measures, but the incumbent's team believes Bundy and McGeachin represent a vocal minority.

"Everybody says, 'oh, it's about the economy, about the economy, about the economy' -- sure," the adviser said. "But it looks as if the Republican Party is moving away from economic issues, because in a place like Idaho, it's already so strong. So where do you go next? I mean, there's been critical race theory discussions here in Idaho, discussions about diversity programs in Idaho. The conversations are starting to change in this Republican primary. The litmus test is no longer, 'did you vote for a tax increase? Are you Pro Life? Are you Pro Gun?'"