"Gov. Brian Kemp will deliver testimony next month to Fulton County prosecutors investigating Donald Trump’s efforts to overturn Georgia’s 2020 elections, the Atlanta Journal-Constitution has learned. But unlike the parade of witnesses who have appeared at the Fulton courthouse to answer questions in front of a special grand jury, the Republican will instead deliver a “sworn recorded statement,” according to a letter from the Fulton County District Attorney’s office dated Wednesday and obtained by the AJC on Thursday," the newspaper reported.

Kemp's refusal to overturn the election resulted in Trump's ire, and he was unsuccessfully challenged in the state's GOP primary by former Sen. David Perdue.

"In the letter to Kemp’s attorney, Nathan Wade, a special prosecutor hired by Fulton County District Attorney Fani Willis to help with the investigation, said the DA’s office agreed to the terms 'in a spirit of cooperation with the Governor and his schedule.' Kemp’s sworn examination will take place on July 25," the newspaper reported.

His office also received a subpoena for documents, which must be turned over 72 hours in advance. 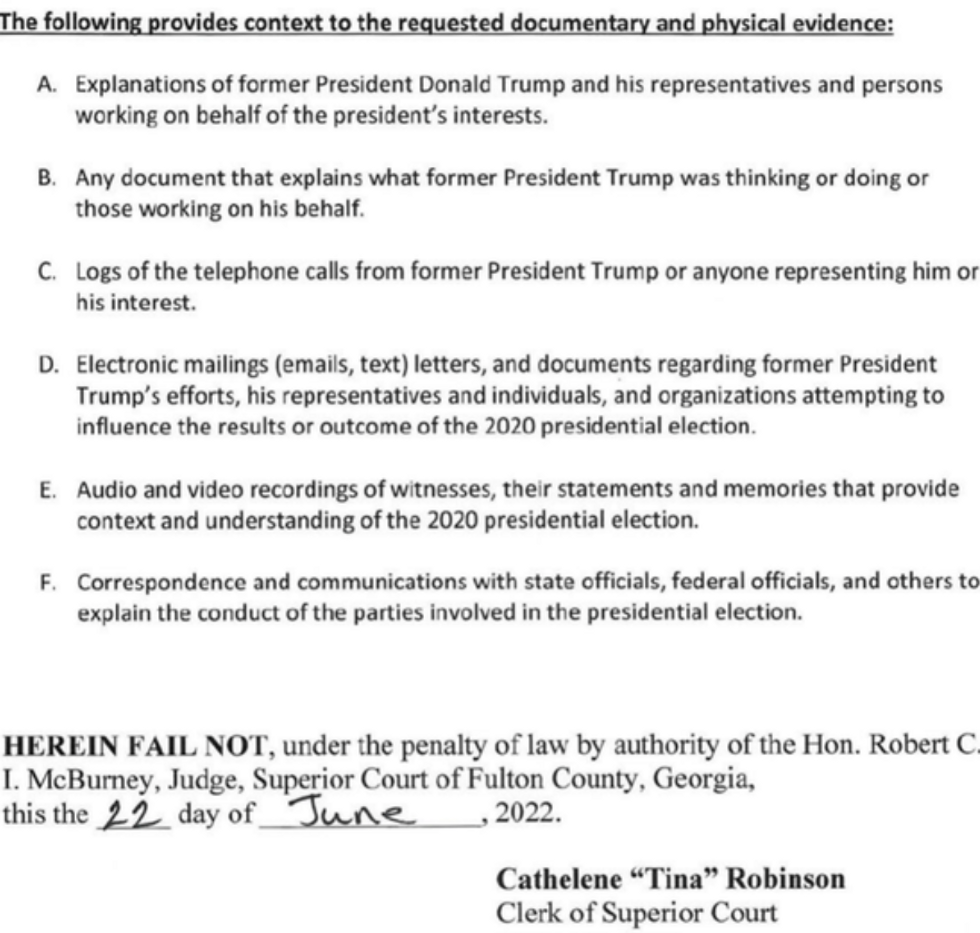