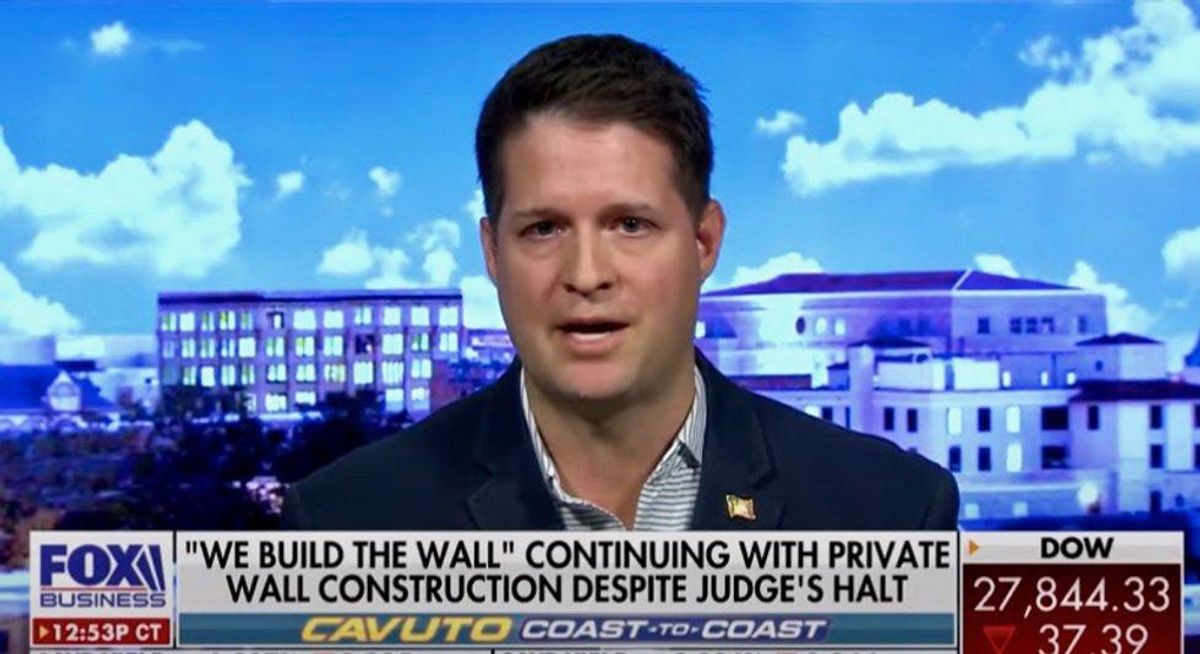 An Iraq War veteran who set up a fundraiser to build former president Donald Trump's border wall has been indicted on tax fraud charges.

Brian Kolfage, of Miramar Beach, Florida, faces up to 20 years in prison if convicted on two counts of filing a false tax return and one count of wire fraud related to the electronic filing of his 2019 state tax return, reported the Orlando Sentinel.

Prosecutors say Kolfage raised hundreds of thousands of dollars from multiple organizations, including We Build the Wall, Inc., that he deposited into his own bank account and did not report the funds to the Internal Revenue Service.

The We Build the Wall nonprofit organization, which raised more than $25 million, is facing a criminal investigation of its own by the Florida Department of Agriculture and Services.

Kolfage, a triple amputee wounded in 2004 while serving in Iraq, launched a GoFundMe page in 2018 with a goal of raising $5 billion, and authorities say he used fake news websites to solicit crowdsourced donations.