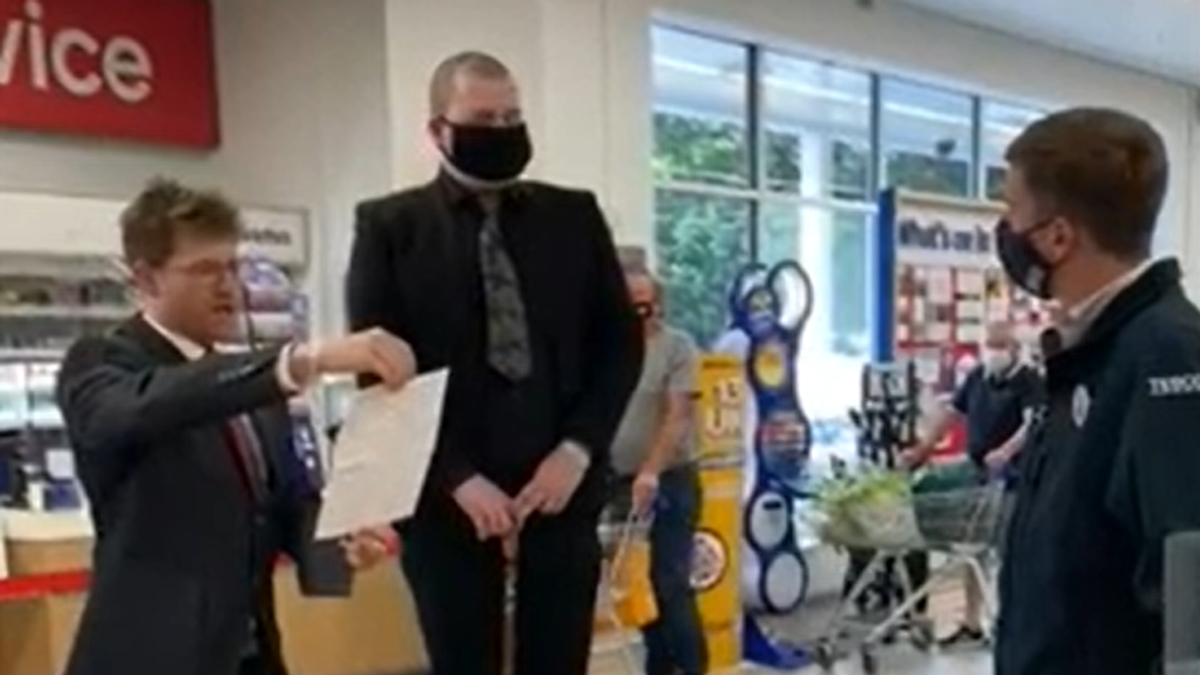 On Monday, Newsweek flagged a viral video on Reddit of a British worker at the grocery chain Tesco, who was asked by his manager for a "formal resignation letter" upon quitting his job and decided to take that request to the extreme.

The worker brought along a besuited associate to read out his letter in the middle of the store from a wax-sealed envelope. "To whomever it may concern. I write this letter from a place of sorrow and regret," said the letter. "These six long, arduous years have caused me to grow quite weary. Whilst I have reveled and labored with my subordinates, my knees have grown weak, and the grease on my elbows has depleted. This is not for every man to accept large packages into their backdoor. Nevertheless, it was my duty."

The letter concluded by thanking, "Steve, the emperor of this fine establishment," and saying, "I finish this letter with many thanks to my former comrades and I hereby submit my formal resignation." Once the letter was finished, the worker said, "All right, see you later," and left.