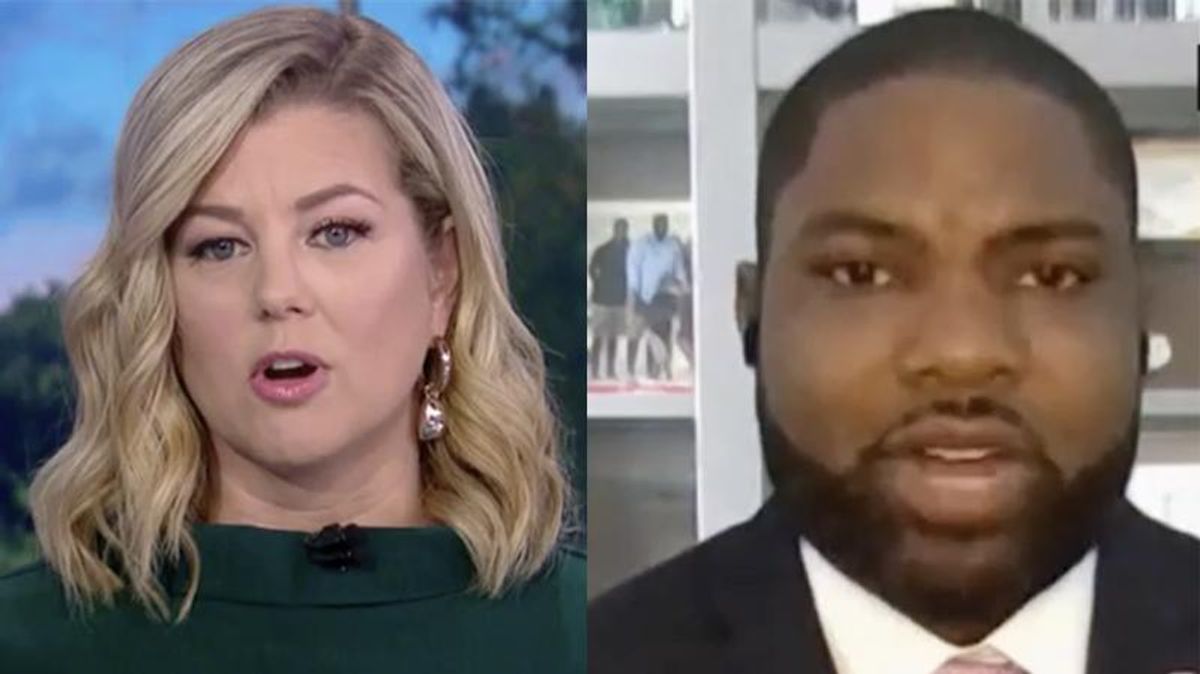 After going public and complaining that he has not been invited to join the Congressional Black Caucus, Rep. Byron Donalds (R-FL) took his case to CNN on Thursday morning where he ended up having to defend Donald Trump's racist past.

Speaking with host Brianna Keilar, Donalds -- who voted against certifying Joe Biden's presidential win over Trump -- he has spoken to at least three members of the CBC about joining the group but has received no response.

"I have a perspective being a 42-year-old Black man who has come up in America after a lot of the battles through the civil rights movement that I think would be helpful and a helpful perspective to the CBC," he explained. "Whether they want to take advantage of that is really up to them but it's something that I've actually expressed interest in joining. I think having a wider range of discussions from all sides of the political framework is important. not just for Black America but all America."

That led the CNN host to bring up his questioning of the election results.

"You have questioned the election, the veracity of the election," the CNN host countered. "The 2020 election was verifiably secure but this questioning of the election, which many Republicans have done, is the basis, really, for all of the bills that we have seen across so many states that if passed will effectively reduce voting access of Black Americans. Do you think that that is something that might be incongruent with the mission of the CBC?"

"Whatever has gone on with the 2020 election has nothing to do with this at all," the Florida Republican replied which led to a discussion between the two on Republican initiatives to suppress the vote, with Keilar at one point telling Donalds, "That's not true."

That, in turn, led the CNN host to sharing clips of Trump making overtly racist comments with Keilar adding that the former president is still the face of the party.

"Do you think that your defense of a person that said things like that might be incongruent with the mission of the CBC?" she pressed.

"First of all, whatever the president said in the past has nothing to do with this discussion at all. I think --" Donalds began, leading the CNN host to interject, "Well, you've defended him."

"Please don't cut me off," he retorted. "I have not cut you off in this interview. please do not do that to me. Thank you. As a Black man in America, I'm allowed to have my own thoughts on who I choose to support and who I choose not to support," later adding, "My support for President Trump, whether it's for or against, is irrelevant. That has nothing to do with this discussion. This is whether the ideology of somebody who is conservative is welcome in the Congressional Black Caucus."