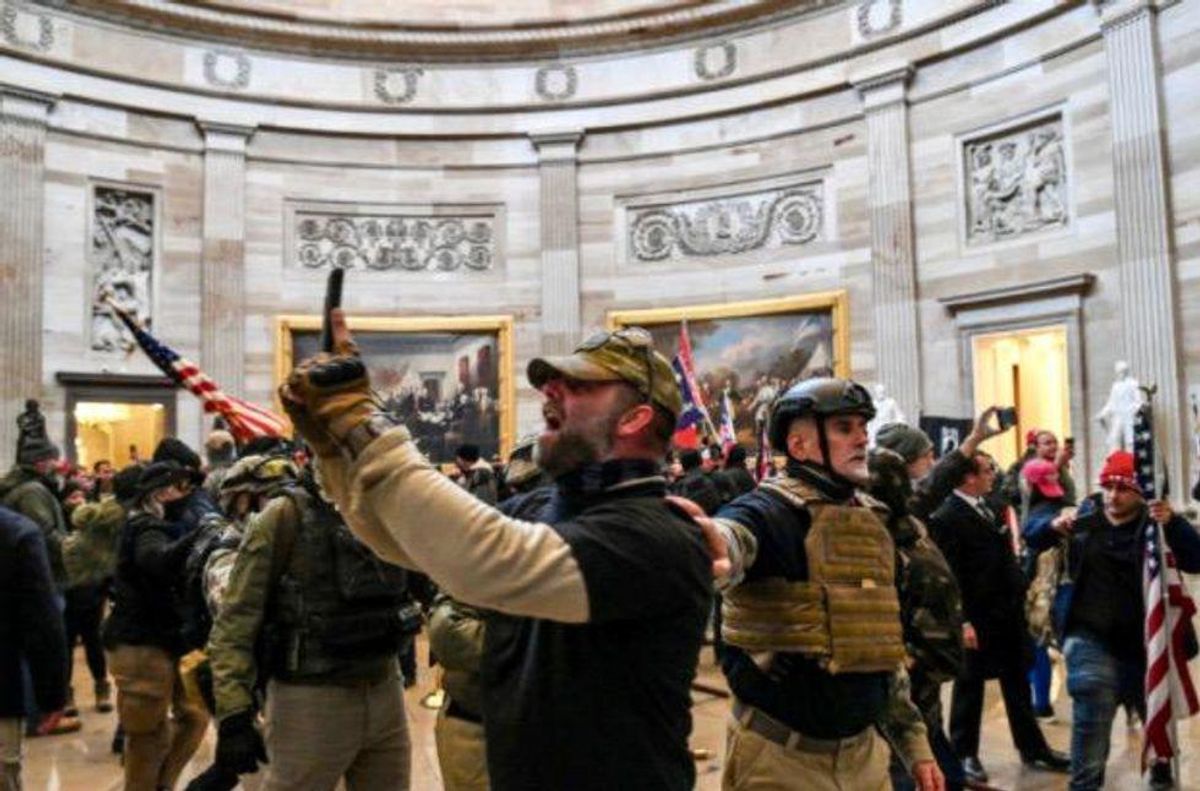 A right-wing Oath Keeper militant will plead guilty to charges related to his role in the Jan. 6 insurrection.

Caleb Berry is accused of plotting the violent assault on the U.S. Capitol in an effort to block the certification of President Joe Biden's election win, and prosecutors say he and other rioters stormed into the building using a military "stack" formation.

He's scheduled to plead guilty Tuesday afternoon in federal court, although it's not clear whether he has agreed to cooperate with the Justice Department investigation of the conspiracy.

Prosecutors say Berry and other anti-government extremists underwent paramilitary training and recruited others as part of a conspiracy to overturn Donald Trump's re-election loss.

Berry was part of the group that assaulted Capitol police officers with chemical irritants and improvised weapons to gain entry to the Rotunda Doors after stashing firearms at a nearby hotel, which they retrieved the following day.

He's the fourth member of the Oath Keepers to plead guilty, and all three others became cooperating witnesses.