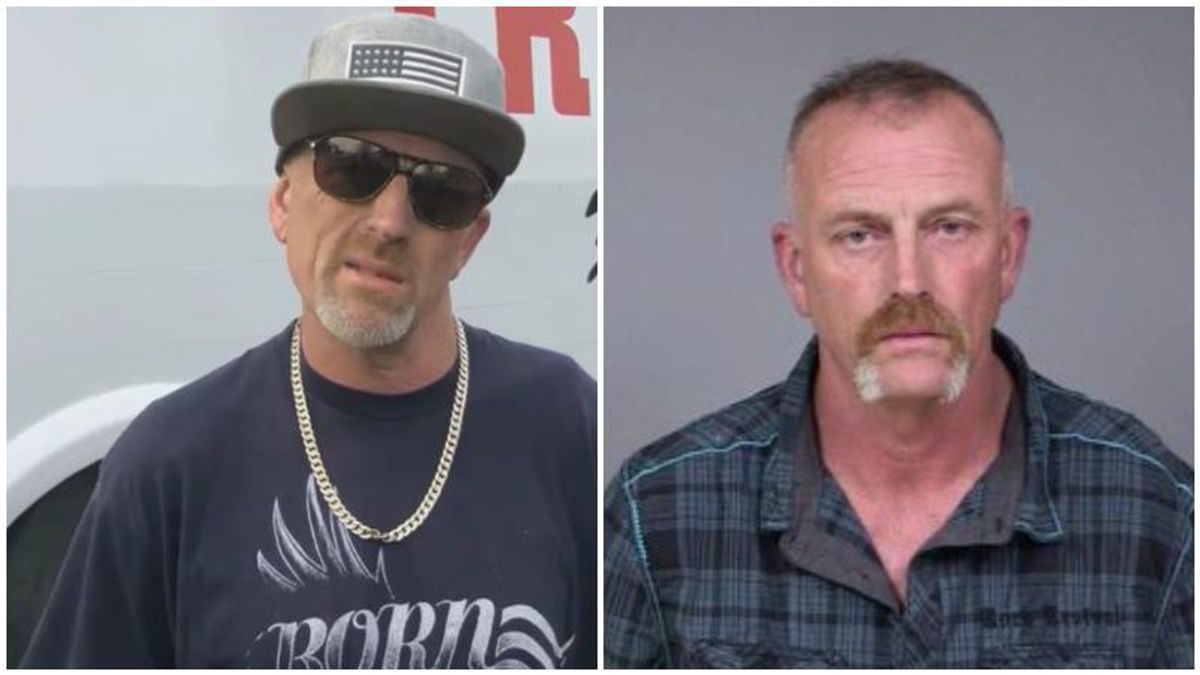 Darin Michael Ward allegedly threatened to "shoot up the government building, its staff, and anyone around wearing a mask" during a dispute at a restaurant in Weaverville, reported KRCR-TV.

The 49-year-old Ward was interviewed earlier this month as he began a journey across the country in a bus with "Trump won! Follow me to D.C." painted on the side, saying he was spurred into action by the now-former president before the vehicle's remodel was completed.

"I think it's blatantly obvious that 'China Joe' stole this election, and Trump will be the president the next four years," Ward told the TV station during a stop in a Redding parking lot. "I've been remodeling the bus for about a year, but Trump asked a couple weeks ago to be in D.C. on the sixth so I want to make sure the Constitution holds and Donald Trump's re-elected again, so I threw this on the side of the bus, and here we go."

It's not clear whether Ward completed his trip to Washington, where many of Trump's supporters violently marched into the U.S. Capitol in an effort to overturn his election loss to Joe Biden.

Ward told the TV station he hoped to arrive at the Capitol before Congress certified the election results, which investigators and many of the rioters themselves said they hoped to stop by storming into the building.

Police in California said an investigation involving the FBI and Humboldt County District Attorney's Office identified Ward and found he was in Eureka, where officers arrested him in connection with the restaurant threats.

Investigators executed a search warrant on Ward's vehicles and home, and seized an electronic device and other evidence, but found no weapons.

EUREKA 'TRUMP BUS': A Eureka man says he is supporting President Donald Trump by customizing a luxury bus with the phrase "TRUMP WON! Follow me to D.C.,"...