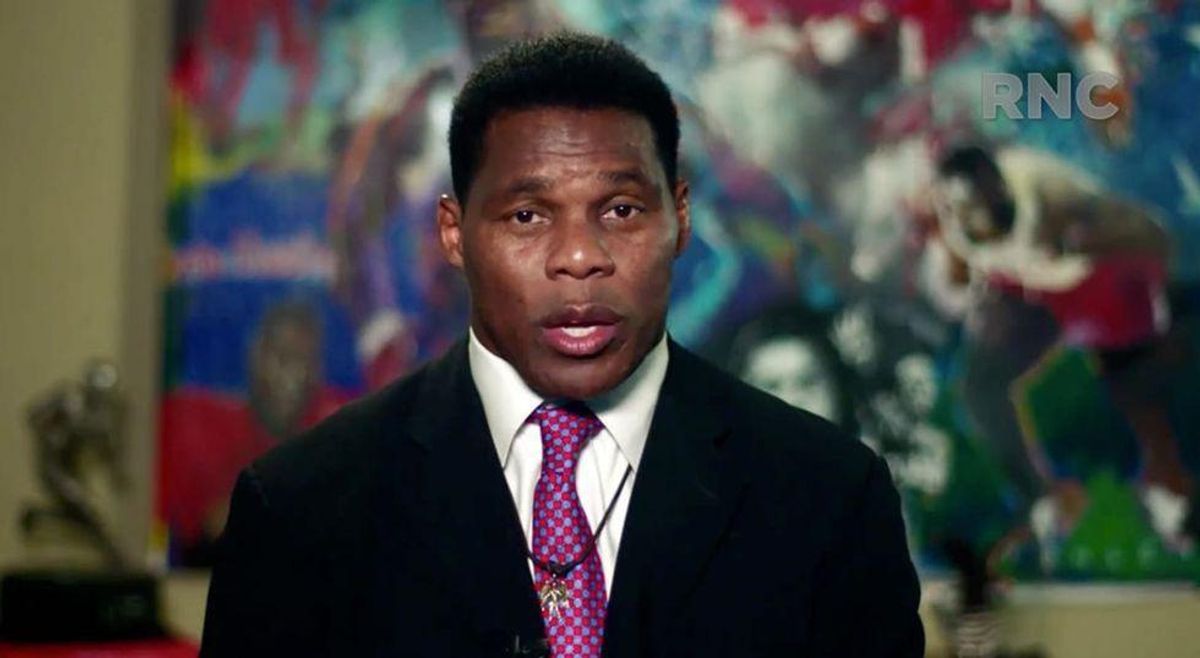 Herschel Walker, who has lived in Texas for years, registered to vote in Georgia on Aug. 17. - Handout/Getty Images North America/TNS

The Washington Examiner is reporting that Republicans in Georgia are concerned after Herschel Walker, the former football player endorsed by Donald Trump to run for the U.S. Senate in 2022, has mostly disappeared from view after getting the much-heralded nod from the former president.

Walker, a former college star in the early 80s while attending the University of Georgia, is making the move from Texas to challenge Democrat Sen. Raphael Warnock who wrestled the seat away from Republican Sen. Kelly Loeffler.

According to the Examiner, Walker launched his candidacy on Aug. 25 and, with the exception of a brief interview on Fox News tied to the past weekend's Georgia-Clemson football game, has nothing else planned.

This is raising concerns among Republican officials in Georgia, writes the Examiner's David Drucker.

"The former professional football player and first-time candidate announced his highly anticipated Senate campaign on Aug. 25, and since then, he has proceeded to hold no public events, nor has Walker granted media interviews," he wrote. "The Walker campaign said the candidate has been honoring speaking engagements and other commitments scheduled prior to launching his Senate bid and that political activity was in the works. But some Georgia Republicans, while pleased with Walker's digital messaging and outreach, are growing impatient."

One Georgia Republican expressed puzzlement that Walker didn't follow up his announcement and Trump's endorsement with a media blitz to take advantage of the breaking news.

"Traditionally, people announce, then barnstorm the state. He appears to have gone back to the comfort of his war room," lamented one Georgia GOP insider.

Another added, "If you ask the consulting class, they think if he limits press availability, he will be fine. But it definitely makes the general election harder."

Walker going silent is also causing distress because he has been accused of stalking and threatening women, with Drucker reporting, "Such a development would raise doubts about any candidate's viability, causing voters and party insiders to reevaluate their support. But this latest charge against Walker fits with episodes from his past that are already known. Indeed, Walker has proactively revealed some instances of his troubling interactions with women from years ago as a part of an effort to discuss how he overcame his battle with mental illness."