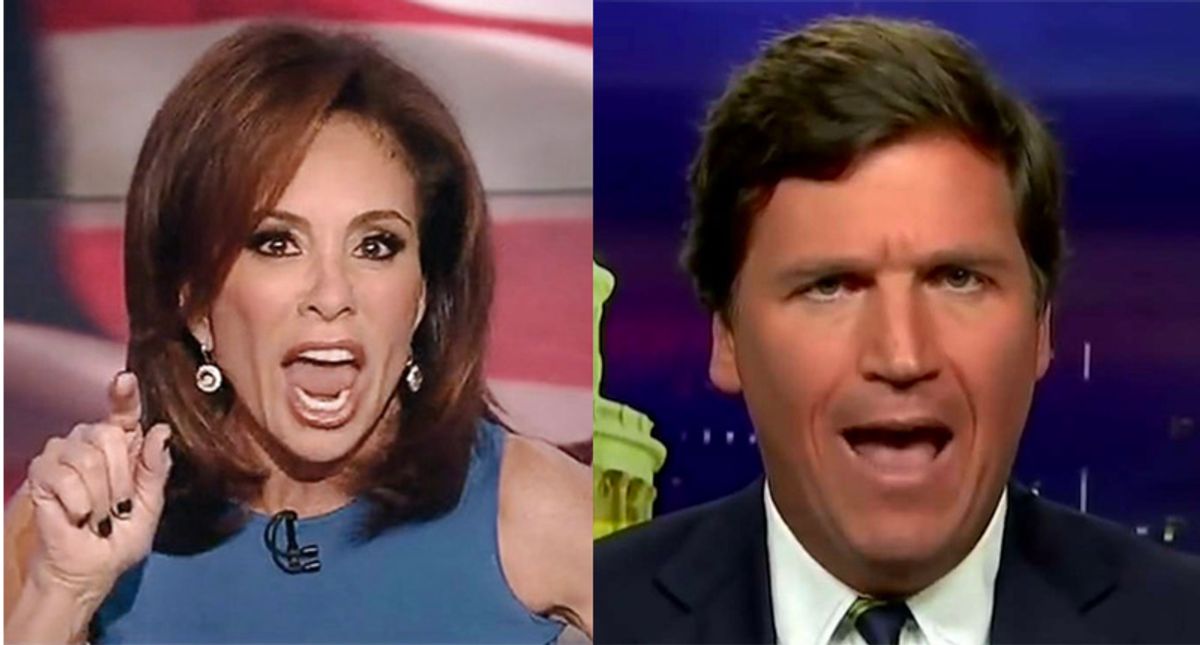 While the ranting and raving from Capitol attacker Landon Copeland scored most of the news Thursday, that same group of hearings involved Anthony Antonio, whose attorney claimed radicalization.

Huffington Post's Ryan Reilly cited the attorney claiming "Foxitus" and "Foxmania," saying that his client was radicalized to attack the U.S. Capitol after watching Fox News for six months. He then started "believing what was being fed to him" by the conservative network and President Donald Trump.

Ironically, this comes after a lawsuit against Fox News host Tucker Carlson for slander. In the 2020 case, Fox News explained that Carlson isn't even remotely credible.

The "'general tenor' of the show should then inform a viewer that [Carlson] is not 'stating actual facts' about the topics he discusses and is instead engaging in 'exaggeration' and 'non-literal commentary,'" said Fox lawyers at the time.

"Fox persuasively argues, that given Mr. Carlson's reputation, any reasonable viewer 'arrive[s] with an appropriate amount of skepticism' about the statement he makes," said U.S. District Judge Mary Kay Vyskocil in her ruling.