Insurrectionist’s lawyer claims Capitol attacker is the true victim: He came 'to support the president' 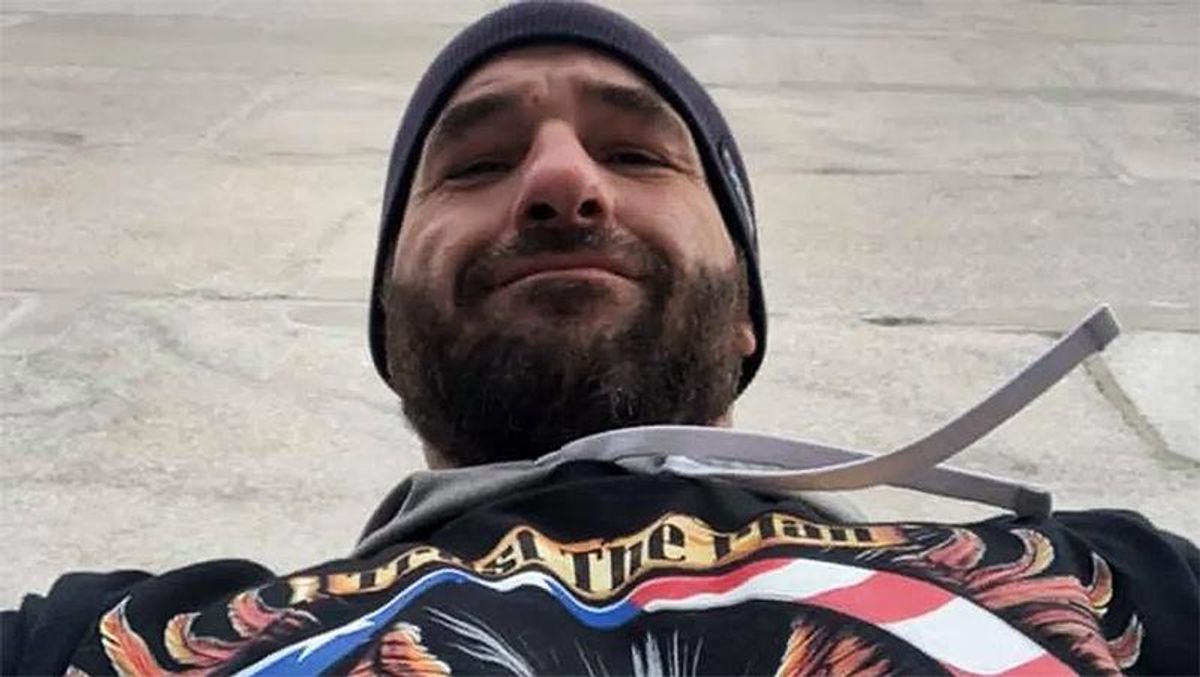 While 140 police officers may have been injured and maimed, five people died and millions of dollars in damage to a historic building was done, one lawyer for an insurrectionist is claiming that his client was the real victim.

Many of those who attacked the U.S. Capitol on Jan. 6 are employing the excuse that they were dragged into it after they were duped by a cult of right-wing media. Anthony Antonio's lawyer claimed last month that he suffered from a rare disease that only afflicts those who watch Fox News: "Foxitis" or "Foxmania."

In that case, Antonio's lawyer claimed that his client was radicalized to attack the U.S. Capitol after watching Fox News for six months. He then started "believing what was being fed to him" by the conservative network and President Donald Trump.

Doug Jensen said that when he came to Washington, D.C. to support President Donald Trump, he "did not foresee the destruction of his family." It's unclear whether they'll call it Q-osis, Q-pathy, Trumpoma, Demphobia, but it all appears to add up to a kind of denial and desperation to evade responsibility for one's actions.

Jensen's lawyer says that his client is the real "victim" and only now that he's being held accountable, is he recognizing that QAnon conspiracies are a "pack of lies" sold to him by "very clever" people.

"He feels deceived," his lawyer claimed in court documents.

"...he spent the majority of his childhood in foster care," the documents also say. "For reasons he does not even understand today, he became a 'true believer' and was convinced he was doing a noble service by becoming a digital soldier for 'Q.' Maybe it was mid-life crisis, the pandemic, or perhaps the message just seemed to elevate him from his ordinary life to an exalted status with an honorable goal. In any event, he fell victim to this barrage of internet sourced info and came to the Capitol, at the direction of the President of the United States, to demonstrate that he was a 'true patriot.'"

See the screen captures below:

Doug Jensen from Iowa. He was one of the most confrontational instigators at the riot and chased a police officer… https://t.co/2qROZO42Xq
— Natasha ⚯͛ (@Natasha ⚯͛) 1610243320.0