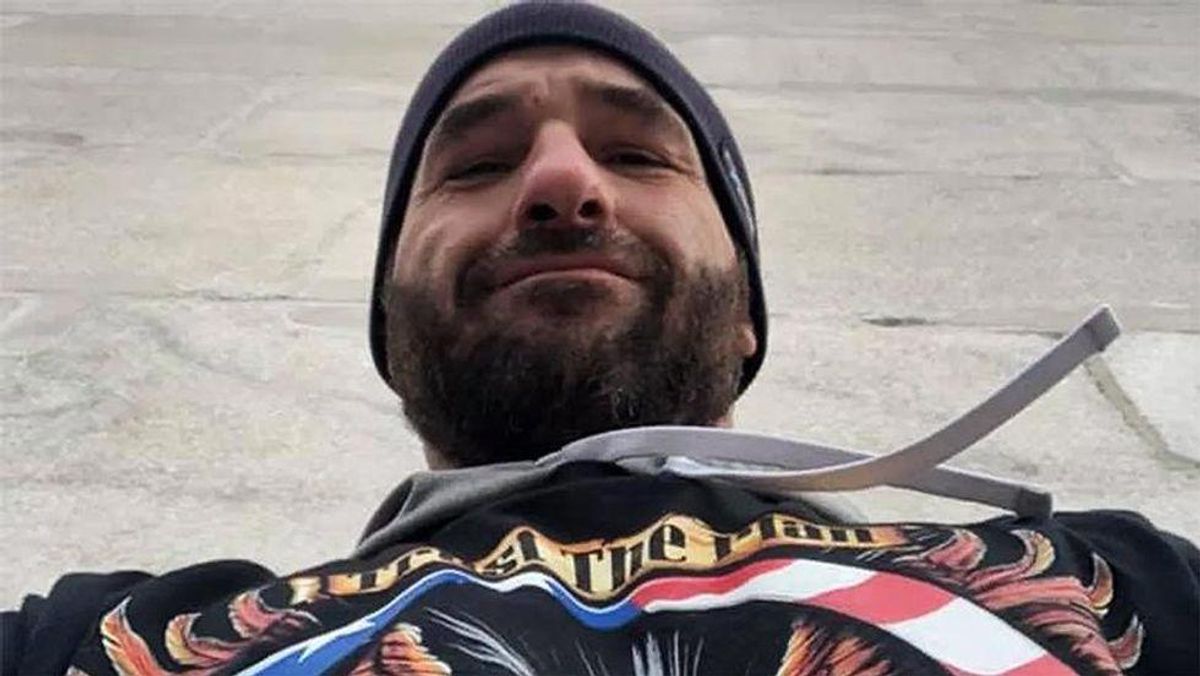 On Tuesday, Vice reported that a Doug Jensen, a QAnon-believing Capitol rioter who traveled to D.C. from Iowa, has turned on the conspiracy theory, calling it "silly" and a "pack of lies" in a statement through his lawyer, Christopher David, as he tries to face the charges against him.

It's a significant change of heart from his behavior on that day, when footage showed him chasing a Capitol Police officer in a QAnon shirt.

"After spending five months 'languishing in a D.C. jail cell', Jensen has had a change of heart, calling the conspiracy theory that led him from his home in Des Moines, Iowa, to the nation's capital 'a pack of lies,'" reported David Gilbert. "'[My client] became a victim of numerous conspiracy theories that were being fed to him over the internet by a number of very clever people, who were uniquely equipped with slight, if any, moral or social consciousness,' Davis wrote in a document filed ahead of Tuesday's hearing."

"He simply went to observe 'The Storm,'" continued Davis, referring to the supposed QAnon uprising moment when former President Donald Trump would declare martial law and throw Democrats and pedophile overlords in prison to await military trial. "He was at the front of the crowd but in no way leading anyone. He was in front of everyone for the now-disclosed silly reason to get Q recognized for 'The Storm' that was about to take place."

A previous filing by Jensen's lawyer noted that Jensen "did not foresee the destruction of his family" from his involvement in the riot. He was only there because he heeded the president's call, the lawyer said.