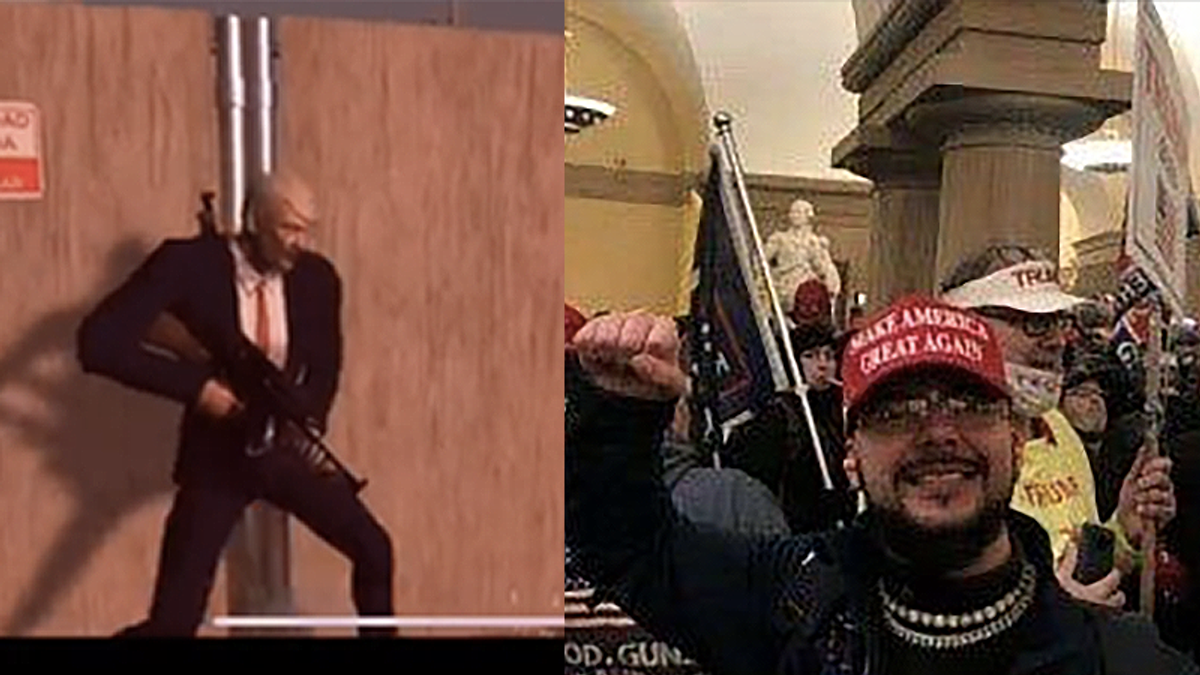 Donald Trump typically licenses his name to those attempting to promote his business. At a time that Trump is trying to sell another of his helicopters, he might want a percentage of the profits.

"Griffith writes that part of his goal in creating the game is 'bringing awareness,'" though he didn't clarify what the awareness was.

Ironically, Trump once blamed violent video games like this for mass shootings.

"We must stop the glorification of violence in our society. This includes the gruesome and grisly video games that are now commonplace. It is too easy today for troubled youth to surround themselves with a culture that celebrates violence," Trump said in Aug. 2019.

Griffith pleaded guilty to a misdemeanor count of demonstrating unlawfully in the Capitol which has a maximum sentence of six months in jail. He hasn't yet had the sentencing hearing, but Judge Beryl Howell questioned today why people like Griffith were scoring a lenient plea deal given he was trying to stop "a constitutionally mandated duty of the Congress and terrorizing members of Congress."

Legal analyst Marcy Wheeler explained that there are a number of Capitol insurrectionists who weren't involved in the planning of the attack and were merely there and went along with it. Prosecutors appear to be giving greater sentences to those for which there is evidence that they brought weapons and intended to harm others.

Remember, too, that there really were people who just wandered in from the rally. What they did REALLY IS civil dis… https://t.co/0x7bUqULfR
— emptywheel (@emptywheel) 1627573413.0

Read the full report at BuzzFeed.