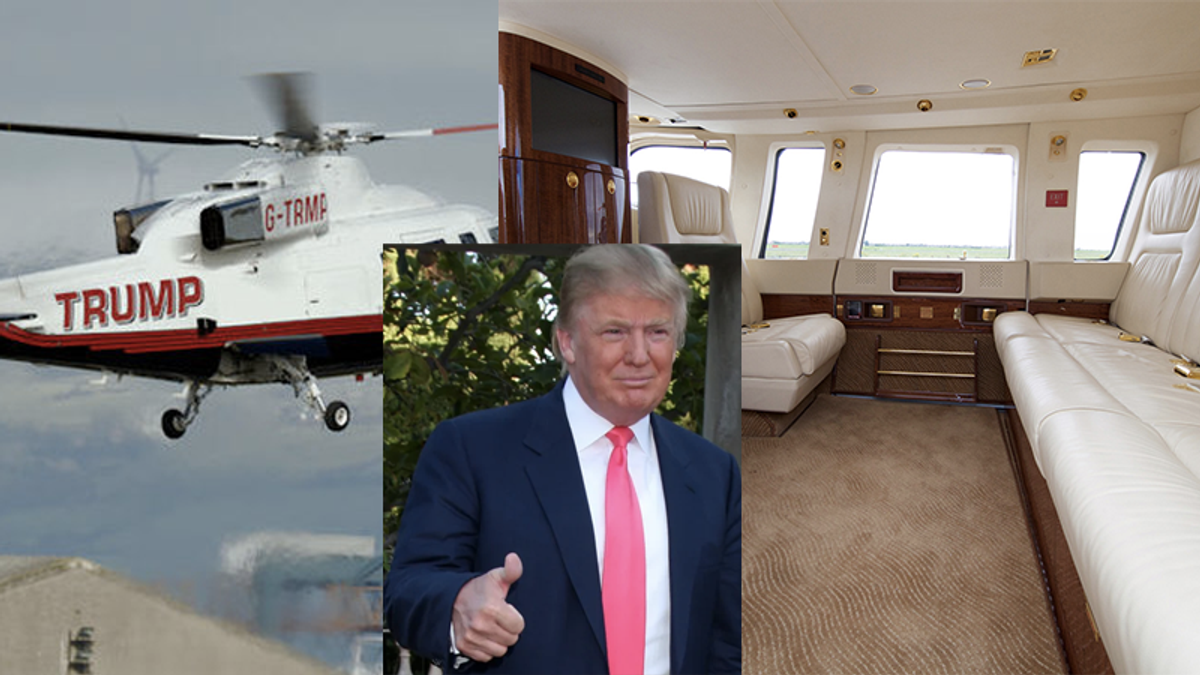 In the previous listing, it said "Call for price. Make an offer," which is exactly what the new listing has.

Last year, Forbes noted that another website listed a copter similar to Trump's, a 1997 Sikorsky 76-C for $1.6 million and a 2008 version for $3.3 million. Those aren't available anymore, however. "Globalair.com reports the average asking price for a Sikorsky S76B is $1.395 million," said Forbes.

TMZ noted that this helicopter is a lot cheaper than the previous one, running around $1 million since it's over 30 years old. As with the newer version of this helicopter, it is just as swanky as a Trump would demand. Refurbished, the listing says the aircraft has six places for people to sit with African mahogany accents and a soundproofing system to protect them from noise. Trump has previously said that noise from spinning blades can potentially cause ear cancer.

Trump had three helicopters and with the sale of this, it will leave him with just one. Trump is facing a number of lawsuits and likely will be spending a lot of his money for them.

Read the full report from TMZ.