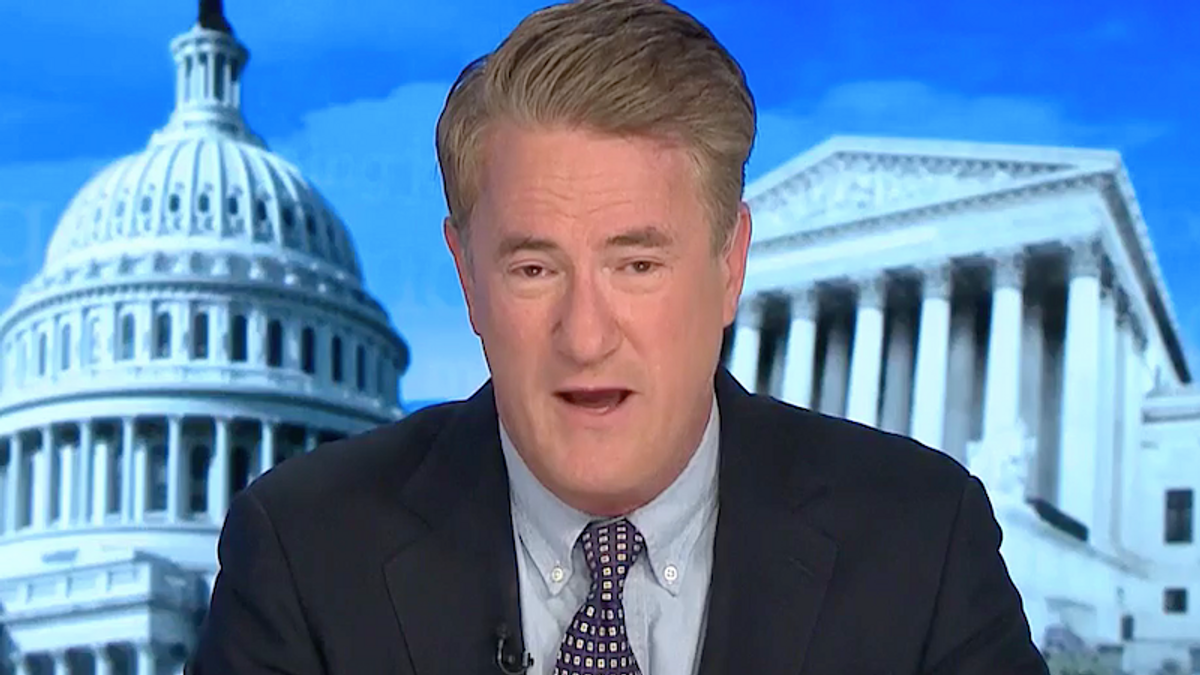 "Really, the stupidity is just extraordinary," the MSNBC host began. "By the way, I'm speaking as somebody who has done this, somebody who made thousands and thousands of votes. I've been there and I voted. As long as Josh Hawley, Ted Cruz and Donald Trump aren't trying to get Americans to kill Nancy Pelosi and Mike Pence and commit insurrection against the United States of America."

"For this guy and for others to think they're going to be able to carry a gun onto the House floor when we have Republican members of Congress that have had fund-raising letters that show pictures of AOC [Rep. Alexandria Ocasio-Cortez (D-NY) and other Democrats while the Republican is holding an AR-15, saying I'm coming to target these women or they better watch out, or something along those lines -- who the hell would be comfortable with anybody having a gun on the house floor?" he exclaimed.

"There are Democrats who can say that they have had their life threatened or they have reason to believe that they are being targeted by somebody carrying an AR-15 and sending it around saying I'm coming to get these members of Congress," he later added. "So please, please stop your whining, start getting wanded, and go in and just vote and shut up, you're not special!"