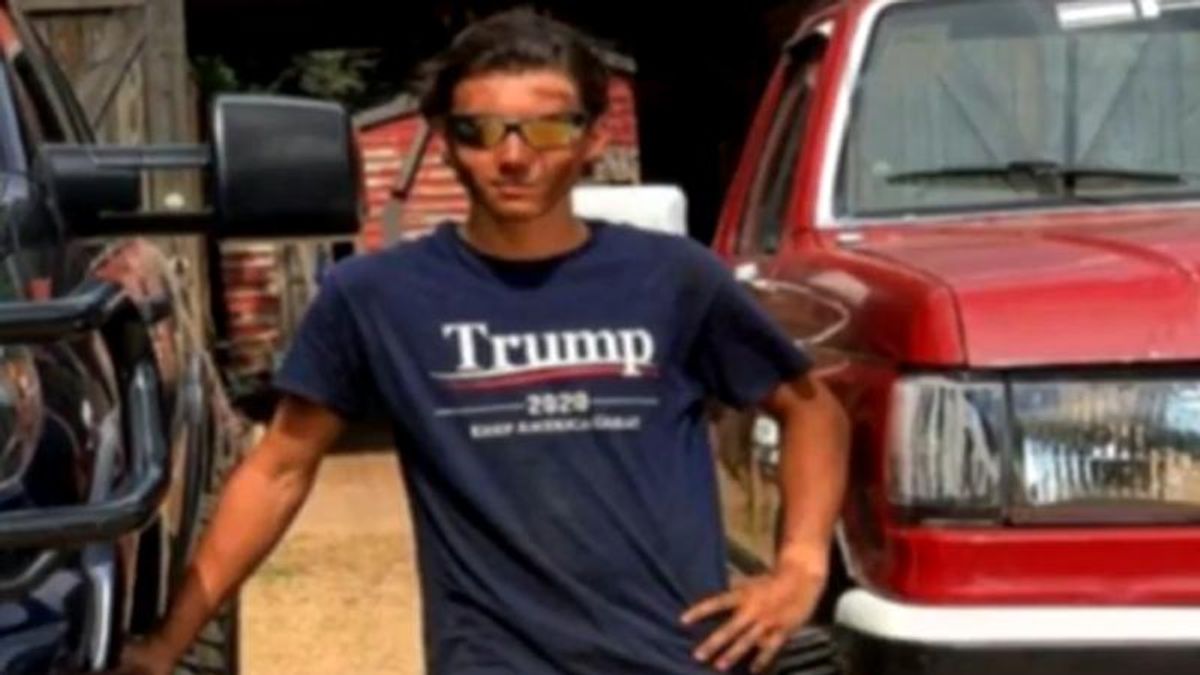 On Saturday, The Daily Beast reported that an Atlanta teenager who is the youngest person to be charged in connection with the Capitol riots is begging the judge to let him go home.

"Bruno Joseph Cua, 18, is facing multiple charges including assaulting a federal officer, and has been in jail since Feb. 5," reported Ana Lucia Murillo. "His parents drove him from Atlanta to D.C. for the so-called 'Stop the Steal' rally. Prosecutors say the teen shoved a cop and made it all the way to the Senate floor. Videos show him carrying a baton through the halls of the Capitol."

His letter to the judge on Thursday stated that he is "deeply remoursefull [sic] and regretful. After all, that's what jail's for, right? Teaching people a lesson?" He concluded, "I just want to go home to my Mom and Dad, I am truly sorry."

Cua's posts on social media make clear that he was driven to joining the Capitol invasion by the conspiracy theories promoted by former President Donald Trump. His father has said that he "parroted stuff from other leaders on social media and leaders ― like the president ― or the attorneys like Lin Wood and all these people saying 'We have all this information and everything's gonna come out.'"